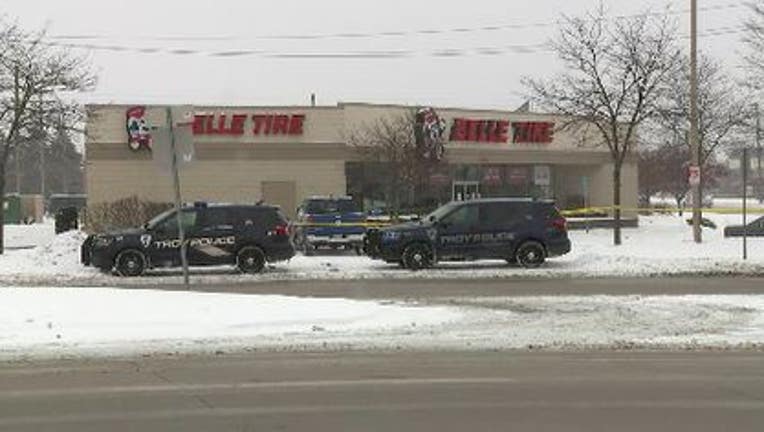 Troy Police investigate after a man's body was found outside of Belle Tire Monday morning.

TROY, Mich. (FOX 2) - Police in Troy announced late Monday night that a man found covered in snow near the front doors of a Belle Tire was stabbed in the chest.

Police told FOX 2 they were called to Belle Tire Monday morning around 7 as employees arrived for work. Police said the caller told them the man was not responsive.

Police said he was dead when they arrived and was covered in snow.

According to police, the Oakland County Medical Examiner’s Office's autopsy revealed the man in his 30s had been stabbed in the chest. They also said that a knife had been found in the parking lot.

Troy Police said they identified a possible suspect in the case and that person is in custody.

The victim has not yet been identified as police are still working to notify his family.

Police expect to submit a warrant to the prosecutor's office and more information could be released at that point.