TAYLOR, Mich. (FOX 2) - Every Saturday for the past for weeks a family has stood along Telegraph proudly waving a Trump flag with others and say they have always remained peaceful. This last Saturday all that changed.

From 12 to 4 each Saturday a group of President Donald Trump supporters stand, proudly waving flags along Telegraph Downriver.

Trump supporters get projectiles thrown at them in Taylor

Waving flags on Telegraph every weekend one family and their friends in support of Trump. But things took a dark turn.

This past Saturday they chose a spot in Taylor and about 20 minutes into the rally she got the first sign that the tide was turning.

"A guy threw a shake and it splattered over my leg," said Shanell. "So a guy puts up a camera to see if anyone else would throw anything else."

Shanell was there with her mother and two boys - and what happened next was caught on camera.

"All of a sudden it felt like a brick hit me on the leg," she said. "I yelled, went down to the ground, and was crying."

"Just the look in his face when he threw it," Shanell said.

Her kids witnessing the whole thing. 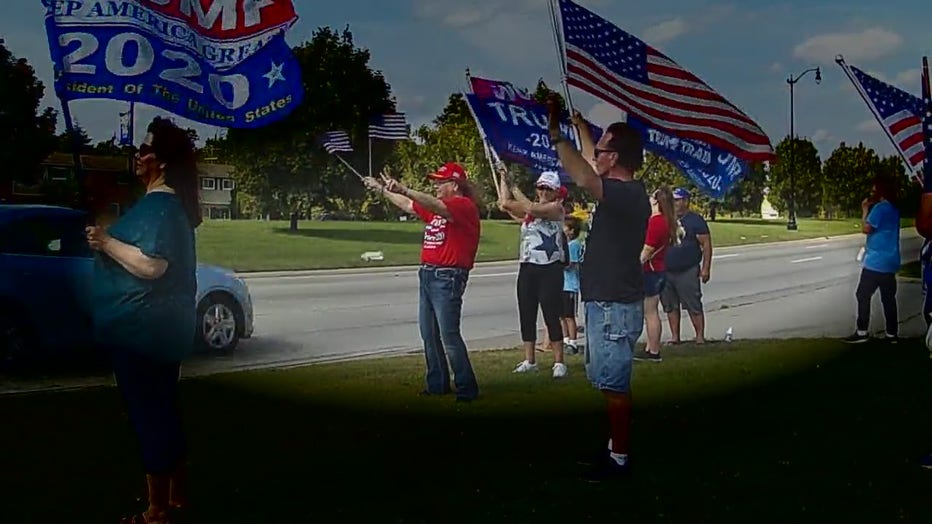 "My face turned so red, I just wanted to go after him," said her son Leland.

Their mom thought of all the what-if scenarios.

"If he would have hit my son. he could have killed him," she said.

That concern turned to anger and wanting justice for what was done to her.

Shanell has filed a report with the Taylor Police Department hoping the video will help lead to an arrest. 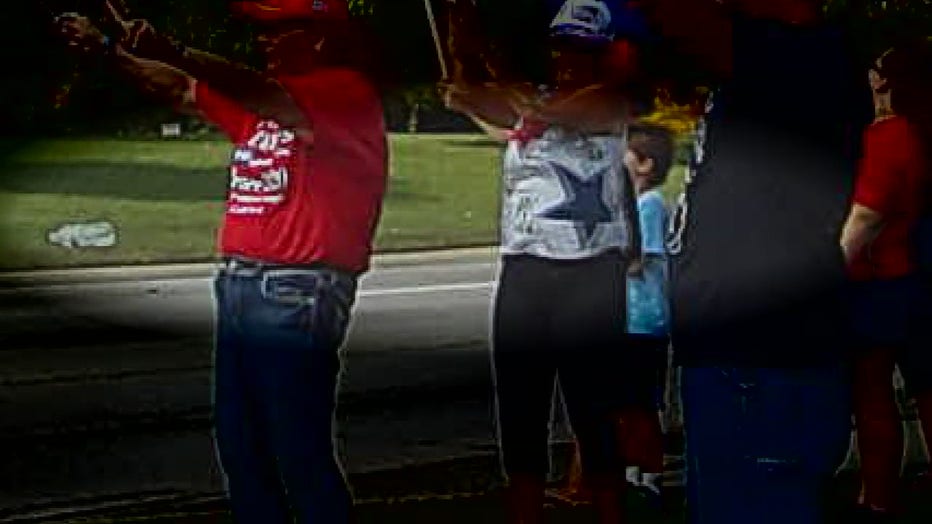