Whitmer and Trump spar over medical supplies during COVID-19 crisis

"She's not stepping up," Trump said. "I don't know if she knows what's going on, but all she does is sit there and blame the federal government. She doesn't get it done and we send her a lot."

Whitmer responded a short time ago in a tweet, saying:

"Hi, my name is Gretchen Whitmer, and that governor is me. I've asked repeatedly and respectfully for help. We need it. No more political attacks, just PPEs, ventilators, N95 masks, test kits. You said you stand with Michigan - prove it." 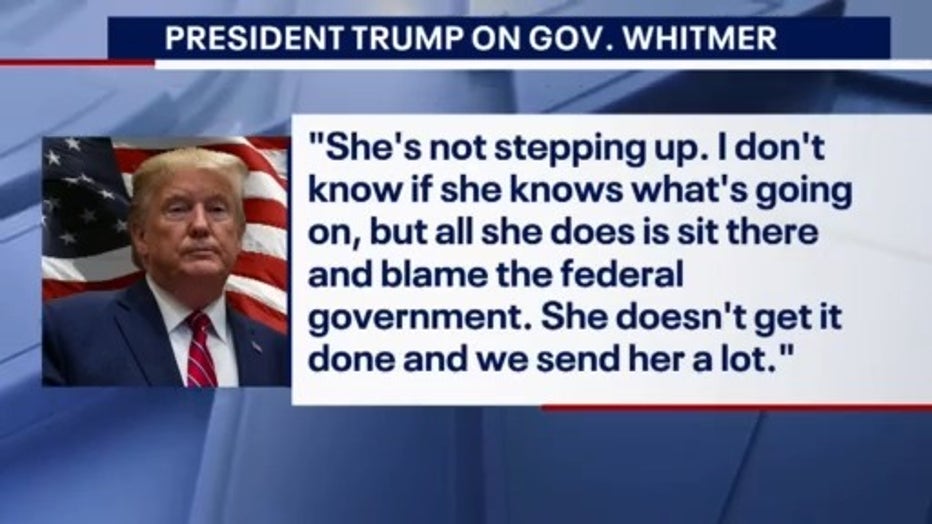 She followed up with a tweet of Vice President Mike Pence talking about working with her, adding "PS: I’m happy to work with the VP! We get along well."