INKSTER, Mich. - Two Michigan men who wrongfully spent 17 years in prison have filed a lawsuit arguing their constitutional rights were violated by Inkster police after a deadly shooting.

Two Michigan men who have been exonerated after wrongfully spending 17 years in prison have filed a lawsuit against the City of Inkster and two former detectives.

"Even if it was a billion dollars, it’s not enough money. You can’t put a price on life," said Harrington.

How much is lost time worth? That's the reality these men now face after they were exonerated.

"We lost almost 20 years. I have no children. I have no wife. I lost basically my whole life," said Harrington.

"This wasn't justice. That’s not how the law was meant to be. You took an oath in this office to serve and protect but yet you did at whatever cost you had to do to get a case off and that’s just not right," Clark said.

"The police basically thought they were above the law and could do what they wanted and now that things have come to light with new witnesses, with new evidence, evidence of police misconduct, we’re going to be able to shine a light on their conduct," Mueller said. 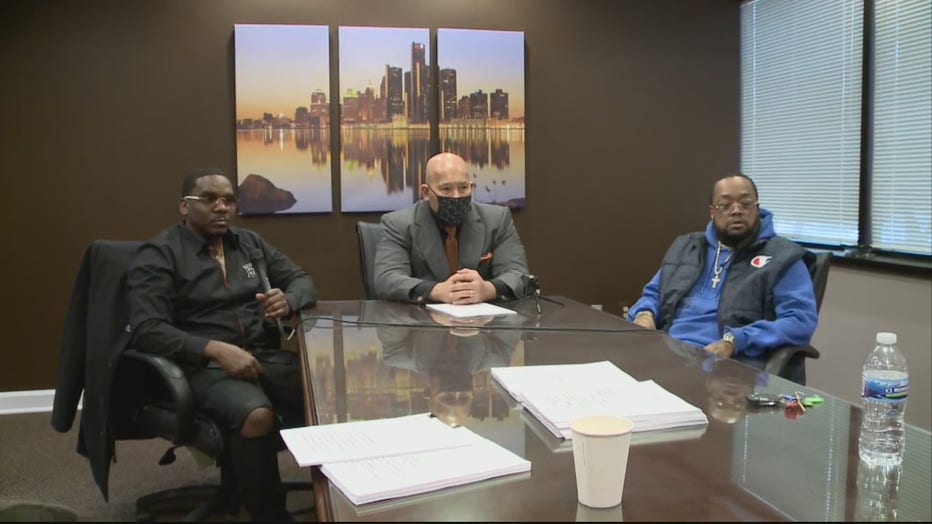 Thanks to the work of the Conviction Integrity Unit at the Wayne County Prosecutor's Office, the University of Michigan's Innocence Clinic and more, Clark and Harrington can start the new lives they never gave up on.

"Every case these officers were involved in needs to be reopened and we’re going to be transparent about the criminal justice system. We need to start right here right now," Clark said.

Mueller says the actual suspected murderer was killed in a drug deal back in 2009.

FOX 2 reached out to Inkster police for comment but have not yet heard back.