'The most devastating news of my life;' family grieves over deaths of 5-year-old grandson, mother and boyfriend

Police are still putting together clues to the gruesome scene where a child was found shot dead execution style inside a Detroit home this weekend. The triple murder, which also included the boy's 28-year-old mom and her 32-year-old boyfriend, will be addressed Tuesday during a press conference on the rise of gun violence against children.

DETROIT - Detroit police say they have two suspects in custody following a triple homicide investigation at a west side home that included the murder of a 5-year-old child.

The suspects were known to the victims, police said. However, authorities are still working to determine a motive behind the murders.

"This case, like so many others, has tugged at the heart and spirit of this department," Detroit Police Chief James White said.

Two teens, 16 and 17, arrested in connection to triple murder that included 5-year-old

The Detroit Police Department announced on Tuesday that two teenagers have been arrested in the tragic shooting death of three people, including a 5-year-old boy.

Police were originally called to the 15300 block of Evergreen in Detroit Sunday afternoon after family said they found a dead loved one. An investigation later uncovered the discovery of three bodies, a 28-year-old woman, her 32-year-old boyfriend, and her 5-year-old son Caleb.

According to Detroit Police, a family member hadn't heard from Caleb or his mother, Lashon Marshall, and went to the home to check on them.

The suspects were in the neighborhood when they were arrested.

The investigation remains a fluid one, however police plan to submit a review to the prosecutor in the coming days. 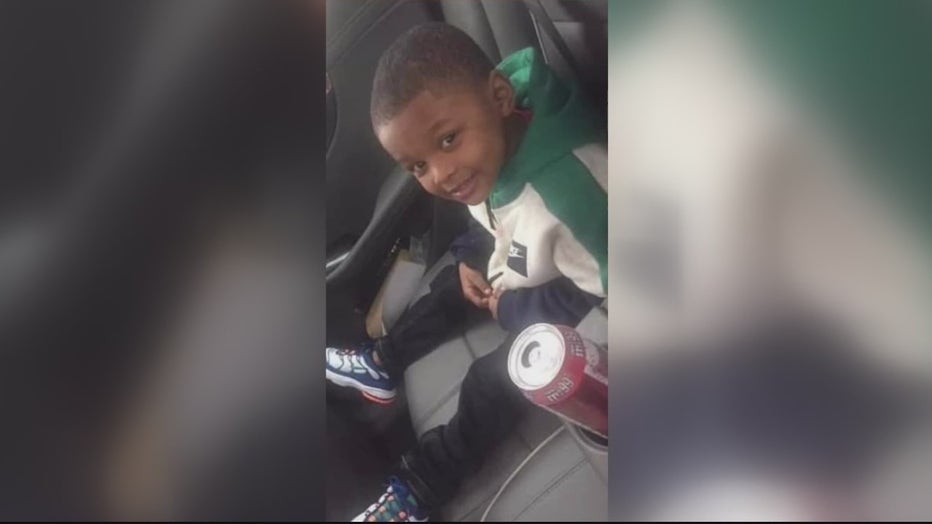 "Every resource we have is going to be dedicated to pursuing and apprehending the person that murdered this baby and the people in this home," White said on Sunday.

"Seeing his pictures now I’m just lost, I’m devastated - and to know some of the details of what happened is just devastating to me and my son," said Shalesa Floyd, Caleb's paternal grandmother.

Police thanked the community for tips that eventually lead to the suspects' arrest. They were taken into custody without incident.

"We have high confidence the individuals are responsible for this heinous act," said McGinnis.