(FOX 2) - The UAW GM Council has recommended ratification of the tentative agreement but said the strike to conitnue until it has been approved by union members.

Brian Rothenberg of the UAW said that meetings will start Saturday and workers are expected to have their ballots turned in a week from Friday or eight days from now.

Rothenberg said that there will be a three percent wage increase two years and four percent lump sums. The health plans will not change and added that the major negotiating point of fulltime temporary workers will now have a "shorter path to permanent status."

"They stood up for things they felt were important and continue to do so," he said. "Their leaders are incredibly grateful, I can tell you that from the meeting and incredibly, profoundly impacted by the overwhelming support from the community." he said. "This strike actually became more than just a strike for the UAW. it was about the hearts and minds of American workers in the middle class."

Rothenberg said that there will be education sessions around the country and local unions help set those up. There will be intructions going out to the local unions Thursday to explain how the process should go. He said all the votes are expected in by Oct. 25.

When asked when the final results are expected to come in from union votes, he said "It usually does not take long."

Prior to that, UAW-GM Council will first held a private meeting at 10:30 a.m. which was closed to all but UAW GM Council members. The following press conference will be live streamed at Fox2detroit.com/live and the FOX 2 Facebook page.

In past years, it's taken a minimum of three or four days and as long as several weeks for the vote to pass through the entire membership.

The strike is affecting 49,000 members and has 33 GM manufacturing plants shut down in nine states across the U.S., with also some factories down in Canada and Mexico.

It's the first national strike by the union since a two-day walkout in 2007, and the longest since a 54-day strike in Flint, Michigan, in 1998 that also halted most of GM's production.

The United Auto Workers union's top bargainer with General Motors, Terry Dittes, said the deal with the company will bring "major gains" to workers. Specifics of the agreement for hourly and salaried workers were released earlier on Thursday.

The strike immediately brought GM's U.S. factories to a halt, and within a week, started to hamper production in Mexico and Canada. Analysts at KeyBanc investment services estimated the stoppage cut GM vehicle production by 250,000 to 300,000 vehicles. That's too much for the company to make up with overtime or increased assembly line speeds. Analysts say the costs to GM will hit around $2 billion.

Workers, on the other hand, lost north of $3,000 each on average, the difference between their base wages and $250 per week in strike pay from the union.

The deal shows that the union, with less than one-third of the 1.5 million members it had at its peak in 1979, still has a lot of clout with GM, Ford and Fiat Chrysler.

The deal now will be used as a template for talks with GM's crosstown rivals, Ford and Fiat Chrysler. Normally the major provisions carry over to the other two companies and cover about 140,000 auto workers nationwide.  It wasn't clear which company the union would bargain with next, or whether there would be another strike.

Earlier on Wednesday, the United Auto Workers reached a tentative agreement with General Motors after striking for more than five weeks, costing the company billions and the workers their paychecks.

Before the tentative agreement was reached on Wednesday, GM's latest offer to end the monthlong strike included wage increases and lump-sum payments, top-notch health insurance at little cost to workers, promises of new products for many U.S. factories and a path to full-time work for temporary workers.

That's a big difference from what GM wanted going into the talks: to slash total labor costs at its factories, which are about $13 per hour higher than at foreign automakers in the U.S.

UAW GM tentative agreement and what comes next

Striking UAW members and pundits weigh in on the outcome

“The number one priority of the national negotiation team has been to secure a strong and fair contract that our members deserve,” Dittes said in a statement.

Details of this tentative agreement were not announced and labor leaders will be flying into Detroit in the next day to vote on the deal. 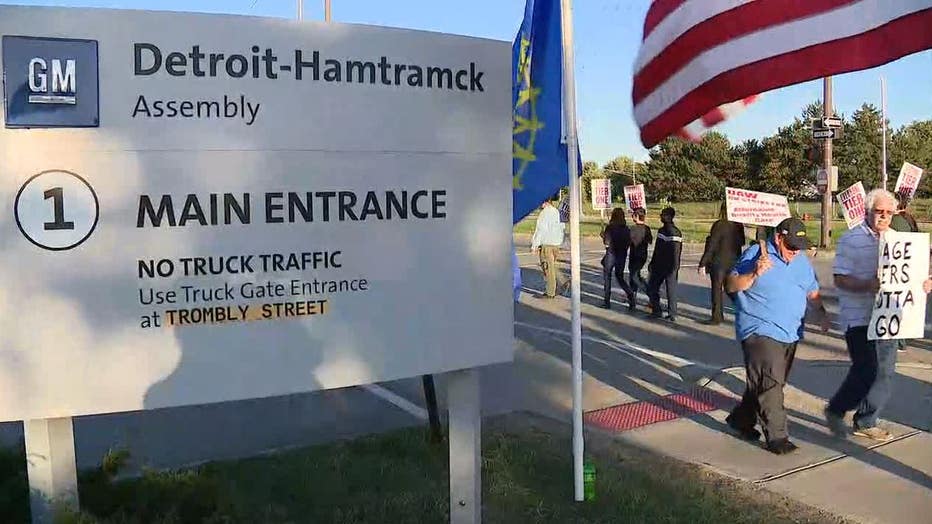 Bargainers have to vote, followed by the union's International Executive Board of officers and regional directors. Then the General Motors Council of factory-level leaders, including local presidents and bargaining chairmen, also vote.

If they approve it, then this group would also decide if workers would put down picket signs and go back to work. It's likely, though, that the workers would stay on strike until after all members vote on the contract.