ANN ARBOR, Mich. (FOX 2) - Attorney Ven Johnson has filed a lawsuit against the University of Michigan fraternity Psi Upsilon after a woman retained him, saying she was drugged and raped at a frat house party in 2019.

The woman said it happened during the first week of fall at the Ann Arbor fraternity during what is allegedly called 'Freshman F*** week'.

Attorney Ven Johnson has filed charges against University of Michigan fraternity Psu Upsilon after a woman retained him, saying she was drugged and raped at a frat house party in 2019.

"To me it's just atrocious, atrocious misconduct. We can't allow this to happen. Plain and simple," Johnson said. "They knew what they were doing. This is what they intended to do - orchestrating this whole Freshman F week is just despicable, deplorable."

In the lawsuit filed against the chapter and a member, the fraternity is accused of hosting a party in August of 19 in which the 18-year-old victim, who we're calling Jane Doe, showed up to a party at the house on Hill Street. Frat members even scanned IDs at the front door - at least for some people. 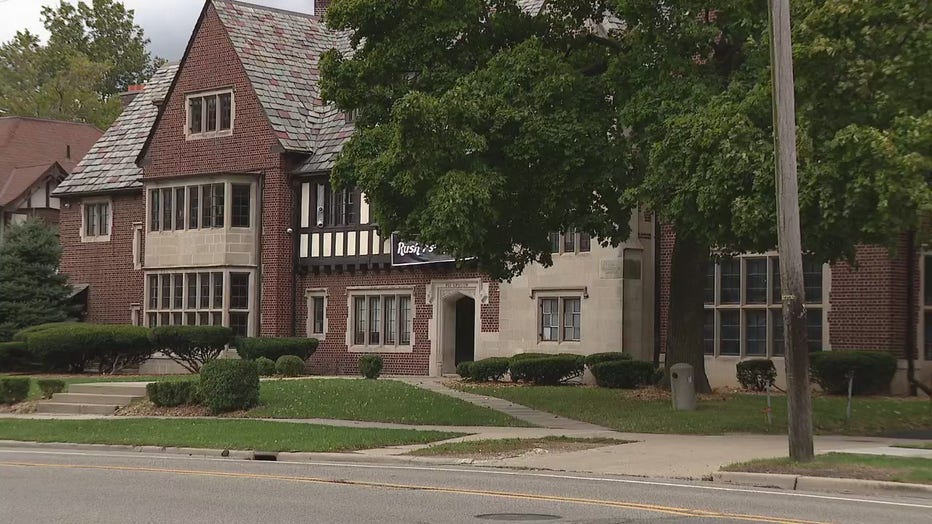 University of Michigan's Psi Upsilon is being sued by a woman who said she was raped at a party in 2019.

"These guys move in early and they have the big signs on the frats: 'everybody's welcome, party tonight'," Johnson said. "They scanned the men who wanted to get in and they didn't (check) young ladies who of course were underage."

The Michigan freshman wound up drinking with friends and dancing and, once drunk, she stepped outside.

"It was very warm, she wanted to get a breath of fresh air in the treasurer of the fraternity took her by the hand," Johnson said.

According to Johnson, the accused rapist said his name was Jay - which was fake - and took her to another room and gave her a glass of water. She said it tasted funny and said she was completely helpless as he raped her.

"She has almost no memory after that. When she came out she was completely hysterical and was highly, highly intoxicated," Johnson said, according to friends.

Johnson said Jane remembers saying no and tried to leave. She filed a report with campus police that night and a rape kit was done and was positive.

"The DNA from what we understand from the investigation led to the defendant," Johnson said.

While Johnson has filed a suit, he says the criminal case is in the hands of the prosecutor's office and hopes criminal charges will be filed soon.

"We got to do a better job of teaching our young men (that) you don't take it vantage of somebody in a position like this," Johnson said. "We gotta put an end to it. Nobody should have to go to college and worry about being raped."

The university declined to comment as it is not named in the suit. FOX 2 has reached out to Psi Upsilon national for comment.

Johnson has filed the $25,000 case against the fraternity chapter, national organization, and the student.

On Tuesday, September 29, 2020 Psi Upsilon Fraternity was notified of a lawsuit filed in Washtenaw County in Michigan against Psi Upsilon Fraternity, the Phi chapter at the University of Michigan, and a member of the chapter. The lawsuit alleges the member raped a guest during a party in August of 2019. The member is an alumnus of the chapter and graduated from Michigan last year.

“Psi Upsilon Fraternity takes all reports of risk management violations, especially those with regard to sexual assault, very seriously," said Executive Director, Tom Fox. “We are currently investigating the incident and gathering further information as we received no notice of allegations prior to this complaint being filed. The undergraduate chapter is being cooperative in this matter.”