Detroit entrepreneur and musical artist Krizpy Boi was on the way home from the studio late Sunday night when he saw a group of cars doing donuts and drifting at the intersection of Seven mile and Greenfield.

DETROIT (FOX 2) - Detroit entrepreneur and musical artist Krizpy Boi was on the way home from the studio late Sunday night when he saw a group of cars doing donuts and drifting at the intersection of Seven Mile and Greenfield.

"We (were) there so we parked at the coney island, I got out the car. I started filming and I'm looking, like man this is crazy, they just keep going and going," he said.

He immediately hit record on his cell phone, this video now going viral on social media. Cars peeling out and drifting in a circle with traffic line up on all sides, narrowly missing people recording with their phones standing in the street.

At one point a man walks into the center of the intersection, pouring a circle of liquid from what looked like a gasoline can, then lights it on fire for the cars to drift around.

This all happened at a busy intersection— just feet from a gas station. 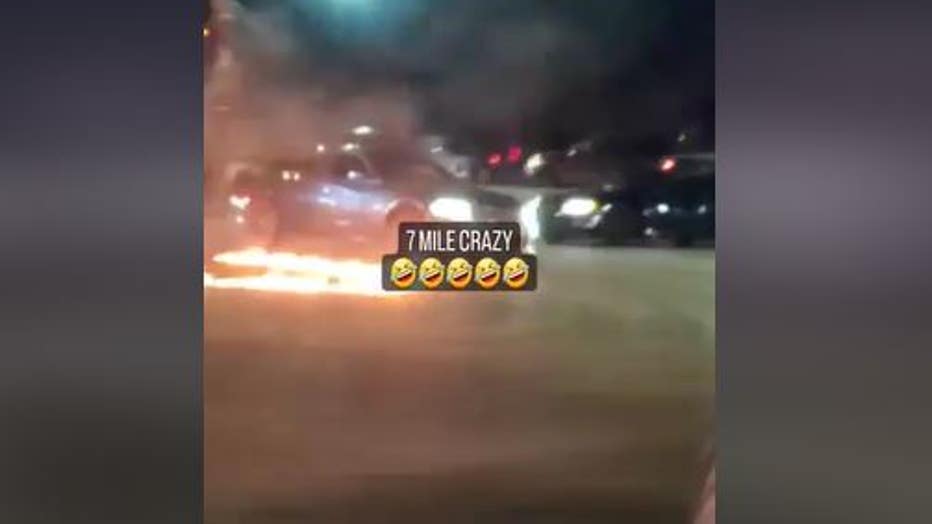 A couple of Detroit police cars can be seen on video with two cruisers holding back traffic with flashers on. The officers did not intervene, which earned oraise from their commander in how they dealt with the situation.

"The objective here is to disperse and disband the group safely," said Cmdr Vernal Newsome, 8th Precinct  "Because we've had experiences before where cars have been pursued, people have been killed, accidents, maimed. So, we don’t want that, especially in the holiday season."

Investigators say many of the drivers who do this are actually from outside of Detroit and are now working to figure out whose responsible - so they can be held accountable. 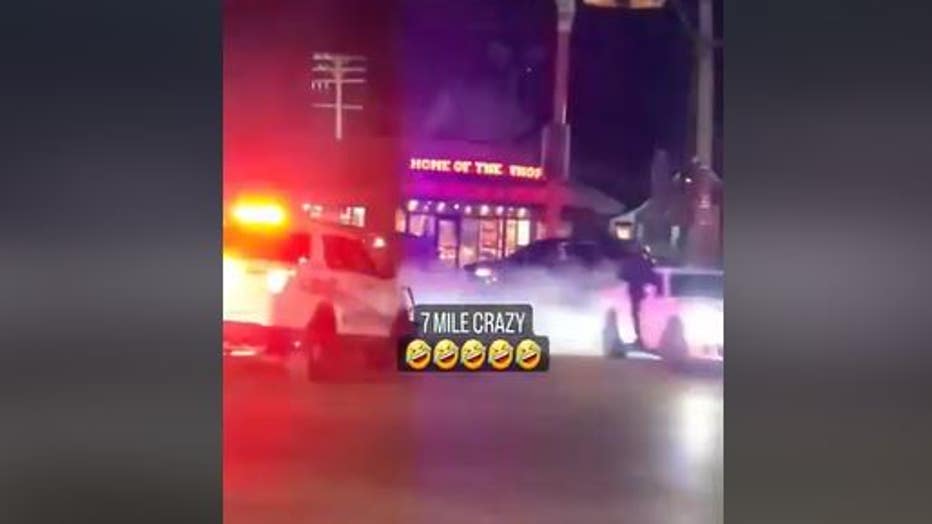 "We have identified the owner of the white Challenger," Newsome said. "We'll be pursuing a warrant for that individual, and to execute a search warrant at his home and seize the car."

And in the midst of it all — one of the spectators accidentally hit a police car with her vehicle, resulting in a minor crash, with no injuries.

"No one got hurt, thank God," said a witness. 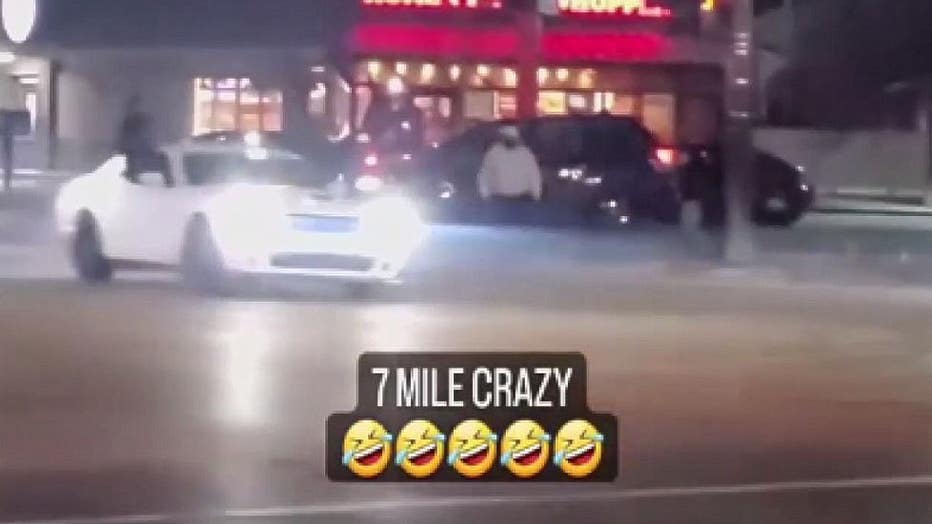