Video released from Wyandotte Police said a man was so enraged by another man's driving that he smashed the man's with a baseball at a Big Boy.

WYANDOTTE, Mich. (FOX 2) - A man in Wyandotte was so outraged with the way another driver handled their car on the road, he pulled out a baseball bat and destroyed the other driver's car.

It was around 8 p.m. on Saturday night when police said the driver was not driving fast enough, apparently, for the man. But he didn't glare at him or flash a finger or anything less violent. Instead, he followed him to a Big Boy and unloaded on the car.-

"Apparently the victim was not moving fast enough for the suspect so we had a road rage incident," Deputy Chief Archie Hamilton with the Wyandotte Police Department said.

The victim was driving the speed limit, police said when the man lost his cool. After parking at Big Boy, the other driver followed him and took out his rage on the side mirror and window of the man's car.

Hamilton said the man got away and the police are looking for him.

"He clearly cannot handle his emotions. He’s a hothead. He probably acts like this every day," Hamilton said. "Why does this guy have a baseball bat readily available. Has he done this before? Does he have it for protection? That is not normal

Wyandotte said they've seen an increase in road rage over the past two years and urge everyone to take a breath, take a beat, and let it go.

"It’s important to be understanding of others and a lot of people don’t have that capability," Hamilton said.

He also advised just passing the other driver. You can also de-escalate by turning a different way, heading for the police station, or calling the police department.

Hamilton said someone knows who the guy is and is asking anybody who recognizes him to call Wyandotte Police. 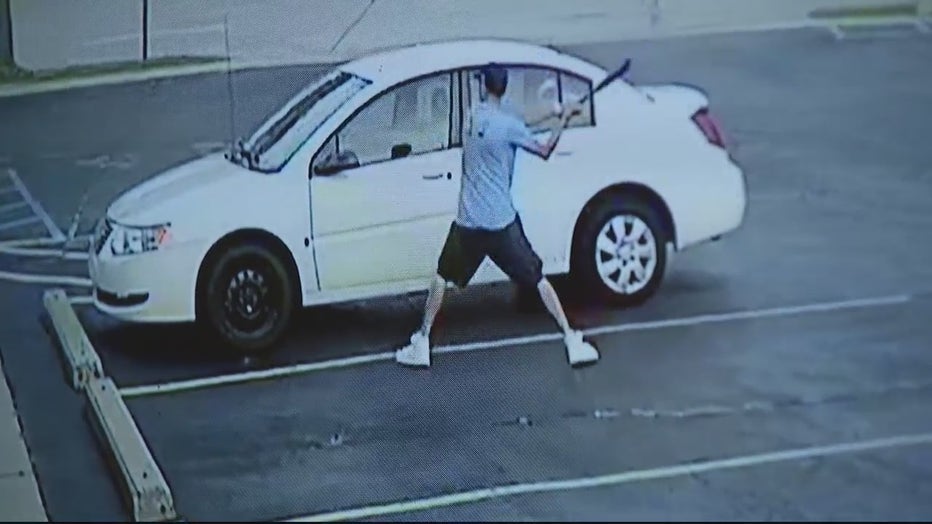