Footage shows tanker tipping over, bursting into flames on I-75

A camera following a tanker on I-75 Monday caught the moments leading up to when it struck a barrier on the highway, tipped over, and fuel ignited, sending smoke and flames into the sky. Video Courtesy of the Troy Police Department

TROY, Mich. (FOX 2) - A tanker truck driver was able to walk away from a fiery crash on I-75 with only minor injuries after his semi-truck crashed into the center divider in Troy on Monday and exploded into a massive fire.

Troy Police released a dashcam video that captured the crash, which appears to be from a car hauler that was traveling behind the tanker truck Monday afternoon. It was around 1:15 p.m. when the tanker truck driver was going north on I-75 with 14,000 gallons of gasoline and diesel fuel.

RELATED: I-75 closed in both directions after tanker truck crash

The unnamed driver of the truck, a 46-year-old man from Saint Clair, Michigan, was in the center lane and just passing the exit for Big Beaver in Troy when he suddenly veered over into the left lane, just in front of a small SUV. 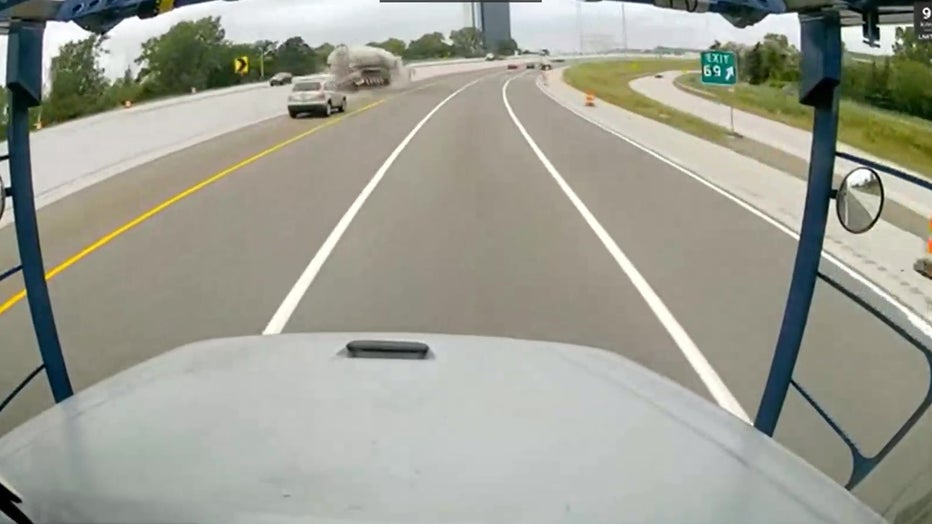 Troy Police release video of tanker truck as it lost control on I-75 on Monday.

The tanker narrowly avoided the SUV but then collided with the concrete barrier separating the two directions of traffic. All traffic in the northbound lanes immediately came to a complete stop and that's where the dashcam video ends.

DETOUR: Both directions of I-75 closed after tanker fire, here's the detour

Video shot by other witnesses and from FOX 2 shows the massive inferno as the tanker fire burned for roughly two hours while crews fought to contain the fire with water. Ultimately, an Oakland County foam truck was brought in to extinguish the fire.

The driver of the truck was able to get out and was helped into an ambulance. He was taken to Detroit Medical Center with minor injuries. Thankfully, nobody else was hurt in the crash.

Northbound I-75 was closed at Rochester Road, the exit before Big Beaver, while southbound was closed at Crooks. Those closures are expected to last for several days and MDOT said on Monday that the section of I-75, which was just rebuilt in the past year, will likely have to be repaired.

The Oakland County HazMat Team is cleaning up the gasoline and foam. Once that team is done, MDOT can investigate the damage. It is expected that I-75 will be closed for some time for the investigation of the crash and the infrastructure of the highway. 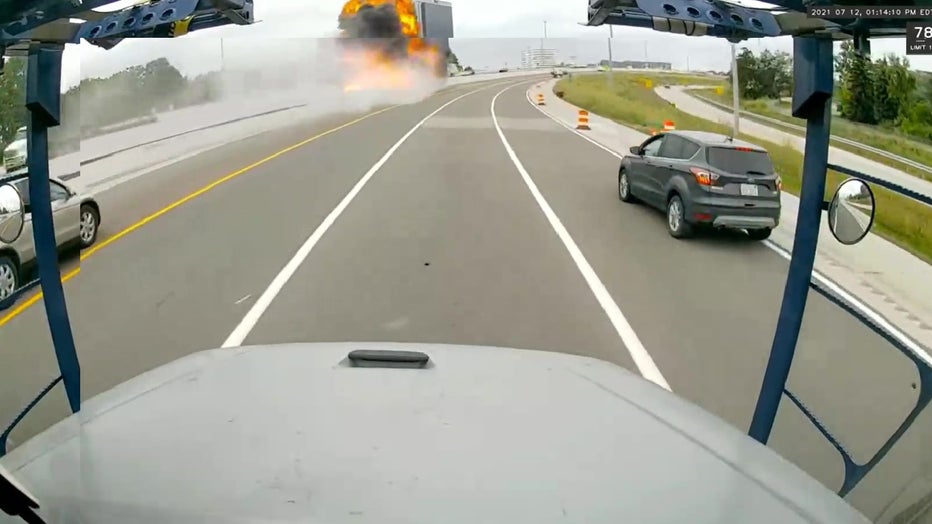 Troy Police release video of tanker truck as it lost control on I-75 on Monday.