Video shows a man who was posing as a buyer of a $14,000 BMW speed away from the seller - even though the man selling the car did everything police said to do.

TAYLOR, Mich. (FOX 2) - When Adam Shaheen was trying to sell a car on Craigslist, he did everything the police said. He met the alleged buyer in public, at a gas station, during the day - but that didn't stop the ‘buyer’ from taking his $14,000 BMW.

Shaheen was selling the car on Craigslist. The meet-up was pretty typical at the gas station: Shaheen and the ‘buyer’ talked about the car as he showed it to him. Then the ‘buyer' hopped into the driver's seat and sped away.

"Traumatized, yeah I was very scared to be honest," Shaheen said. "I thought it was safe. It didn't come in my mind that he would take it and leave."

It was, after all, broad daylight at a popular gas station in Taylor at Monroe Boulevard off of Van Born Road.

"When I always think about it, I start like I'm going to start crying because it was very bad," he said.

Wednesday on FOX 2 News at 5, we'll show you the video and Shaheen explains what happened and how the thief got away with the BMW.

"When I always think about it, I start like I'm going to start crying because it was very bad," he said.

Shaheen was helping his cousin sell the BMW in Taylor after driving it from the cousin's dealership in Pennsylvania.

It was listed on Craigslist first and they set up the meet-up with the thief who had an interesting description.

"He had painted nails, like he put painted nails he put a short shirt and he was wearing a mask," Shaheen said.

He believes the man was dressed up as a woman and showed up with several other people in another car. Adam took the guy for a short test drive and, when they got back, the thief wanted another look. That's when they took off. 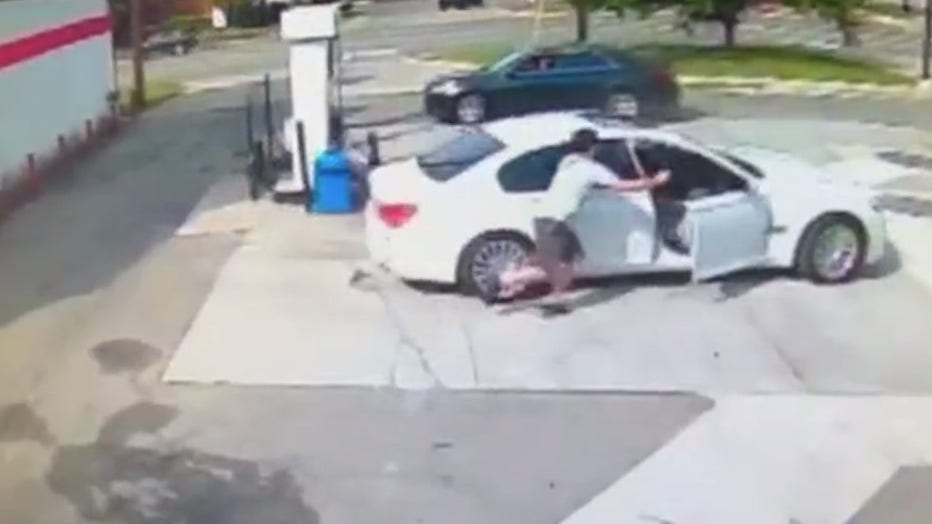