Authorities are looking for a suspect who firebombed a home in Pontiac on June 30.

PONTIAC, Mich. (FOX 2) - A suspect firebombed a Pontiac house while four people were inside early Wednesday.

Authorities believe the suspect used a gallon plastic gas container to make a Molotov cocktail that was thrown at the front of the house in the 100 block of West Kennett Road around 2:50 a.m.

Security footage from neighbor showed a bright flash and the suspect running away.

Someone who was inside the house used a rake to move the burning container away. No one was injured, but the explosion caused an estimated $50,000 worth of damage to the house. 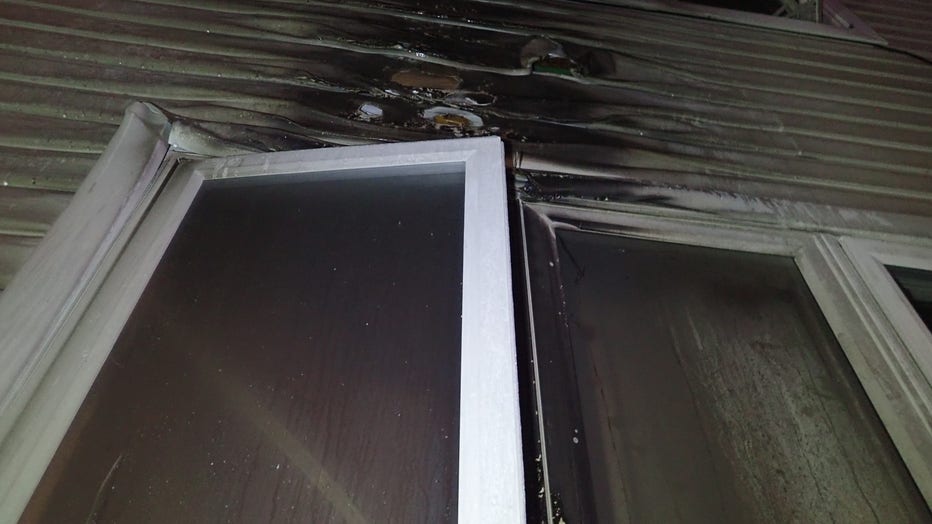 "We are fortunate this is not a homicide investigation as this criminal act could have led to the death of four people," Oakland County Sheriff Michael Bouchard said. "We are actively seeking the person responsible for this and encourage anyone who may have information about this reprehensible crime to contact the Sheriff’s Office immediately."

Anyone with information is asked to call 1-800-44-ARSON. Tipsters are anonymous and a reward of up to $5,000 from the Detroit Crime Commission is available for information leading to an arrest.

A suspect firebombed a home in Pontiac on June 30.