A thief crashed a Corvette after stealing it from a Novi dealership and leading police on a chase.

DETROIT (FOX 2) - Thieves crashed a Corvette after stealing it from a Novi car dealership and leading police on a chase Thursday morning.

Watch video of the chase above.

Police received an OnStar alert around 10:10 a.m. about the stolen car. OnStar provided location updates to police, and the car was located in the area of Gratiot Avenue and Outer Drive in Detroit around 10:35 a.m.

RELATED: Suspects in stolen Charger run out of gas mid-chase

When Michigan State Police troopers activated their lights, the driver fled, turning onto the southbound I-75 Service Drive from Warren.

The Corvette sideswiped a van, bounced off the van, and crashed into parked vehicles. Two people got out of the Corvette and tried to run away. They were arrested and are being held at the Detroit Detention Center.

No injuries were reported, police said. 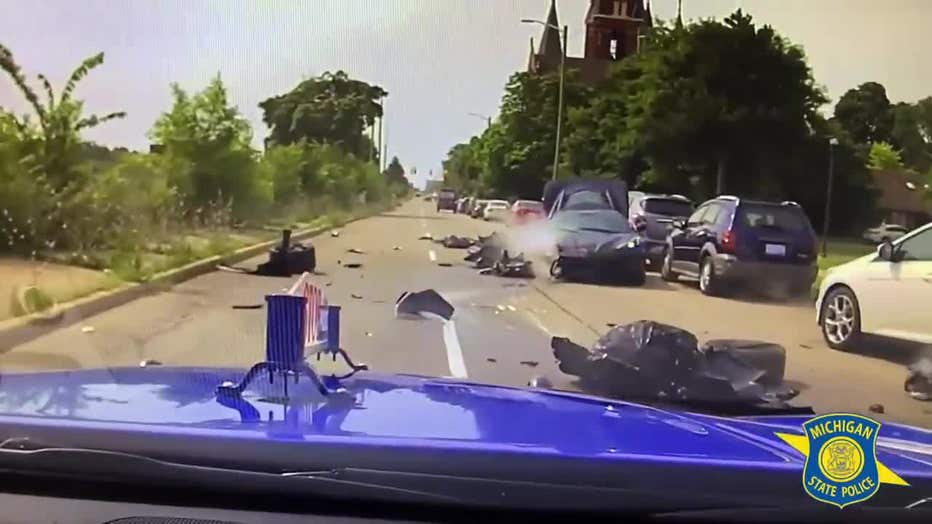