It has been nearly a week since a Detroit mother was shot to death and her house set on fire with her little boy inside.

DETROIT (FOX 2) - It has been nearly a week since a Detroit mother was shot to death and her house set on fire with her little boy badly burned inside last Tuesday.

The child is in critical condition and there have been no arrests made in the case. On Monday night family and friends held a vigil to remember 36-year-old  Cassandra Morrow and pray for the recovery of her son.

The tragedy happened in the 7400 block of Clayburn Street on the city's west side. An officer saw smoke from the fire on the freeway and reported it. She raced to the scene and saw the fire was already blazing. When fire crews arrived and they put it out they found the woman and child inside.

Members of the family said there is some good news about Christian's recovery.

"He is doing fine, he survived all three of his surgeries," said a relative.

The family is imploring the public if anyone knows anything involving the murder of Cassandra who was found shot in the head, to come forward.

You will remain anonymous if you contact Crime Stoppers of Michigan at 1-800-SPEAK-UP. 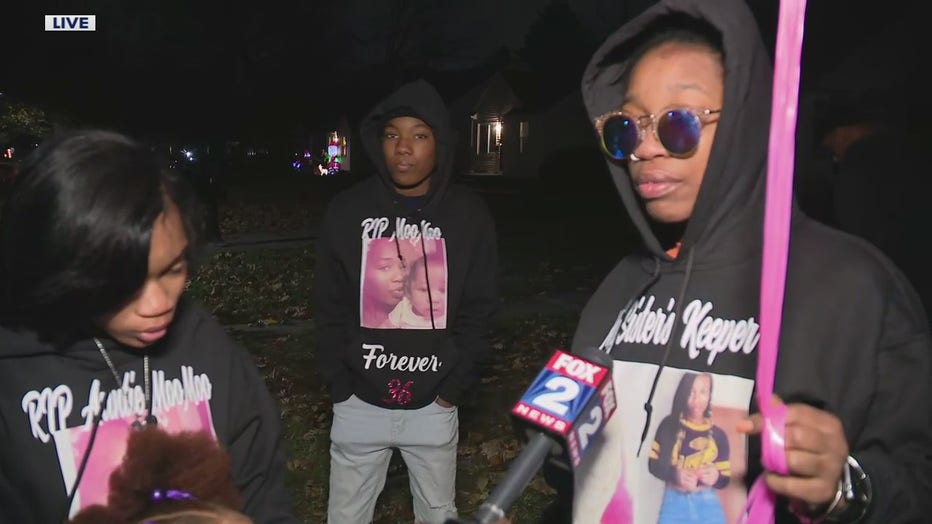 Watch the video for more.

Editor's note: A woman's photo from another FOX 2 story was erroneously added to this article. The photo has been removed from this article and FOX 2 apologizes for the mistake.