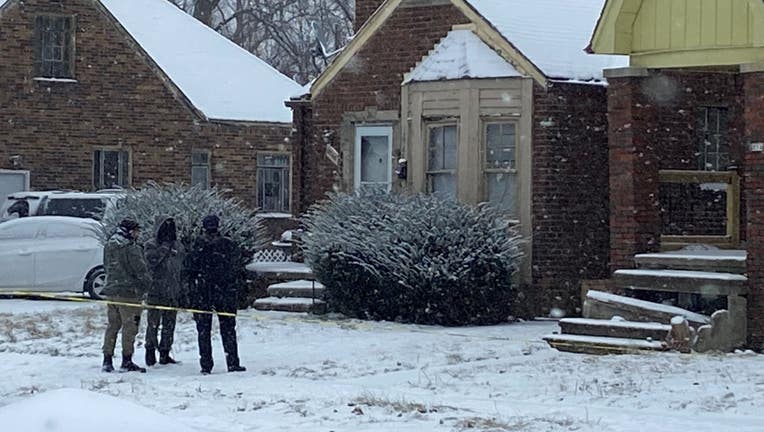 Detroit Police investigate after a woman's body was found when firefighters were called to a fire on the city's east side.

DETROIT (FOX 2) - Detroit Police and emergency personnel had a busy night in the Motor City as investigators are looking into at least two deaths and multiple other violent attacks.

The first report of violence in Detroit came Saturday night around 10:30 at a restaurant on Livernois near 7 Mile. According to Detroit Police, two men got into an argument at Detroit Finger Licken' when one of the men pulled out a gun and shot the other man.

The victim was rushed to the hospital but was pronounced dead when he arrived. The suspect ran from the restaurant and police do not have a description available.

About a mile south on Livernois, in an apparently unrelated event, another man was stabbed after getting into an altercation with someone else. The suspect ran and a description is not available for this suspect either.

Police said the victim was hospitalized with critical injuries.

This stabbing happened just north of McNichols on Livernois, less than a mile from the restaurant, but police said the two crimes are not related.

Detroit Police are also investigating a scene on Marlborough but could not provide more details.

The final scene police are investigating is on Maiden Street on the city's east side when firefighters were called in for a garage fire. As crews were on scene, an unknown woman's body was found in the back of the property.

Neighbors told FOX 2 the home is a drug house and they heard gun shots around 6 a.m. on Sunday, two hours before the garage fire was reported.