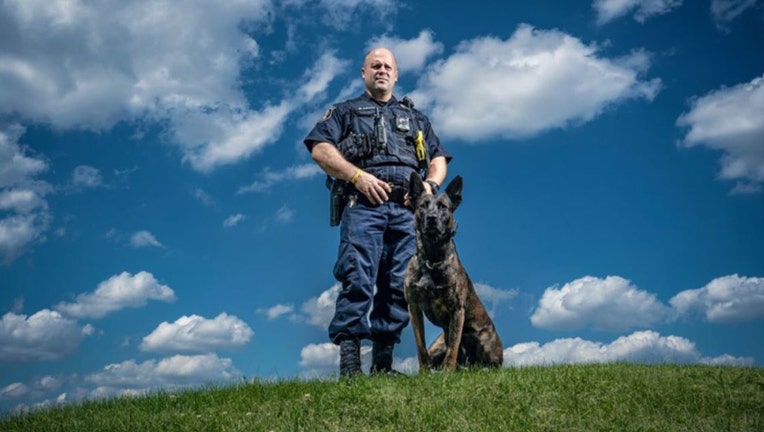 This four-year-old Dutch Shepherd is a very friendly dog. Expect the same kind of warmth and affection that any other loving canine would provide behind the walls of his home. He's an expert at smiling and takes brilliant photos - honestly, he probably belongs on movie posters.

But beneath the benevolence of Lando's home demeanor is a sort-of instinctual commitment to duty. Good thing too, because Lando is part of the Hazel Park Police force's only K-9 unit.

"He can be high-strung when it's time to work. He's all about let's go, let's go," said Police Chief Brian Buchholz.

Before Lando, the Hazel Park police force didn't have a K-9 unit. But since his enrollment, the good boy has tracked down suspects and located a 2-year-old child in River Rouge earlier this summer.

"It's been in my opinion, he's been an improvement not only for our own community but all around us," said Buchholz.

And now, it's time for those communities to show their appreciation. And it won't take a hyper-sensitive nose or ultra-expressive face to do it. It literally only takes the downward pressure of your index finger on the left mouse-pad.

Lando and his handler Officer Michael Kasdorf are one of 29 finalists in the country up for a brand new Chevy Tahoe Police SUV. A clever branding piece by the Vested Interest In K9s non-profit for sure. The Hazel Park Police probably don't mind the exposure as well - in fact, they've embraced the opportunity with their series of Facebook posts advertising the campaign.

But there's a more intrinsic motivating force behind this campaign: Hazel Park Police would really benefit from a new vehicle. Right now, the force's SUVs are old - and there isn't a budget to buy a new one. The SUV that Lando and Kasdorf ride in doesn't even have a working temperature gauge that lets drivers know if the air conditioning is working. That's A/C that Lando needs, and not something officers like Kasdorf always have time to worry about when things kick into action.

"Sometimes, an officer will be in the station or booking a prisoner," Buchholz said. "This would be a better vehicle for the dog."

So where should you direct that point and click mouse action? On the voting page of the Vik9s.org website. Anyone is allowed to vote. While voting is limited to once a day, people can still vote as many days as they want.

Hazel Park Police won't know the results until the end of voting - which concludes Oct. 31. They're not even sure if they're in the lead. But instinct tells them pushing enough people to vote will yield a positive result. Kind of like the instinct that drives Lando.

How could you not vote for that face? 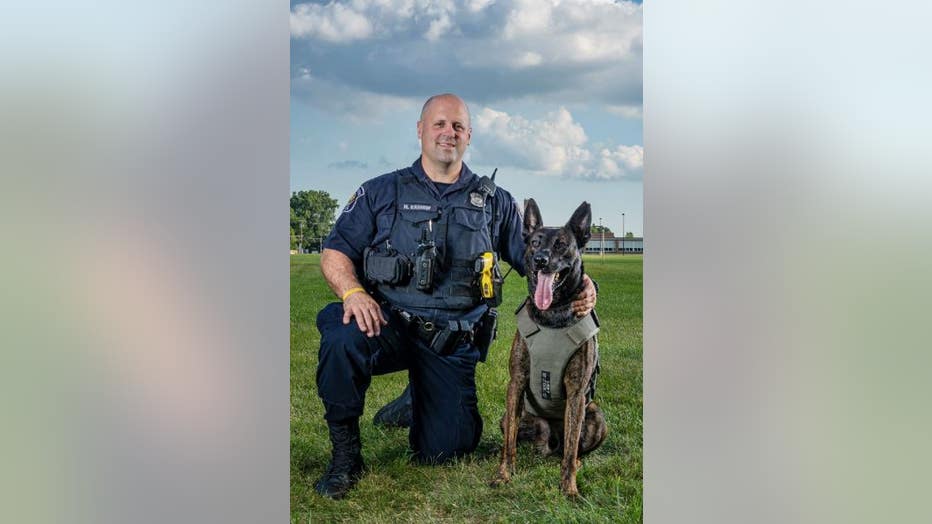