DETROIT (FOX 2) - The city of Detroit continues its push to get residents vaccinated with appointments no longer needed for the city's vaccination sites.

"It took less than five minutes to come in, fill out paperwork, and get vaccinated," said Jacqueline Turner.

Turner says she had been putting off getting the vaccine, also known as vaccine hesitancy.

"I was skeptical, I did not want to have it," she said.

But after a conversation with her mother, Turner’s outlook changed and she felt fortunate that she did not have to search for an appointment to get vaccinated.

On Tuesday the city debuted its no appointment necessary sites at four locations- TCF Center, Farwell Recreation Center, Northwest Activity Center and at the Samaritan Center on Conner.

The city hopes convenience to the vaccine will help motivate people - primarily the younger population who have been less inclined to make an appointment to get the vaccine.

"We do know there is a lot of individuals under 40 years old who are still on the fence, not sure if they will get the vaccine," Fair said.

Walk-in vaccine sites are not the only solutions the city is using to get shots into arms. The city will use town halls and a program called Power Hour to erase misinformation. 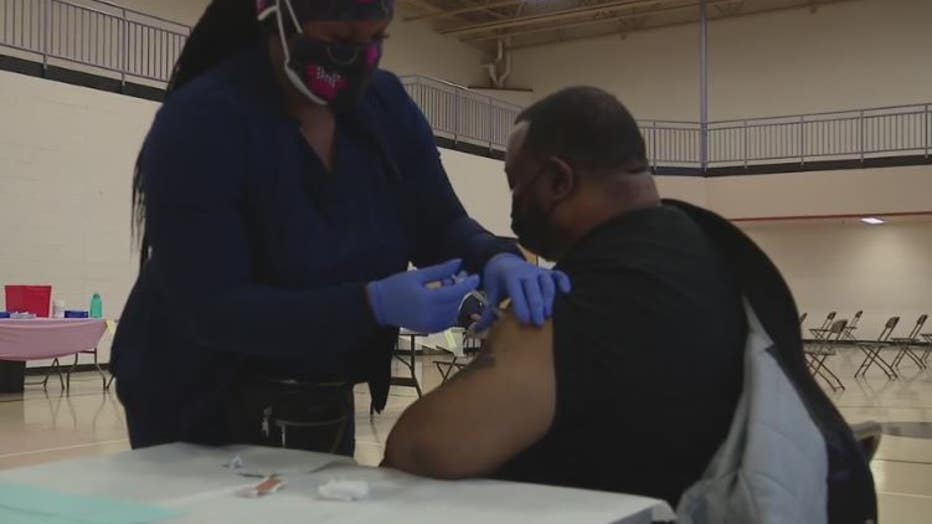 "We will also have a Power Hour Monday through Friday Detroiters can call in, and of course Facebook Live, Instagram Live, we want to get education out there," Fair said.

A city representative could also come knocking at your door with information.

"Talking with them and having a real conversation about vaccine hesitancy," Fair said.