The suspect hit another police car before losing control of the Malibu. that’s when officers were able to arrest Robert Bartolomucci of Warren. Police say he has a long criminal history.

WARREN, Mich. (FOX 2) - After a carjacking at a Warren gas station and when police tracked the suspect down, he used the car to ram officers' vehicles but still ended up in custody.

The victim was a 56-year-old woman at a Valero station near 13 Mile and Hoover Sunday night.

"She did struggle to keep her keys, he did knock her to the ground and force the keys from her hands," said Warren Police Commissioner Bill Dwyer.

Police responded and used technology to locate the stolen 2015 Chevrolet Malibu. As officers approached the Malibu in the area of 11 Mile and Sutherland, the suspect is still in the stolen vehicle and that’s when decided to use it as a weapon.

"He did aim his vehicle at the officers' vehicle trying to take the officers out," Dwyer said.

The suspect hit another police car before losing control of the Malibu. that’s when officers were able to arrest Robert Bartolomucci of Warren. Police say he has a long criminal history.

"He’s been arrested and convicted on several different felonies including assault intent to commit murder," Dwyer said. "He’s been convicted of carjacking."

Police say the victim was not seriously injured in the carjacking incident and the officers escaped injuries as well.

But on Monday the 55-year old was arraigned. 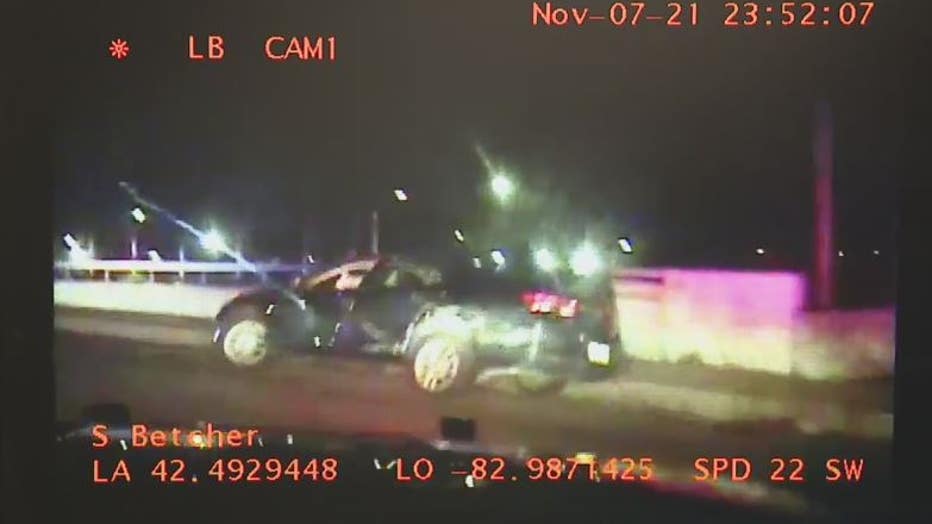 He faces numerous charges including carjacking and fleeing and eluding police. If convicted he could face life in prison.

Dwyer credited his officers with getting Bartolomucci off the street.

"If we had not arrested him last night he would’ve gone out and possibly killed someone or committed another carjacking," Dwyer said. "I just want the public to know that we’re there 24/7,!sometimes the men and women of blue don’t get the credit they deserve."