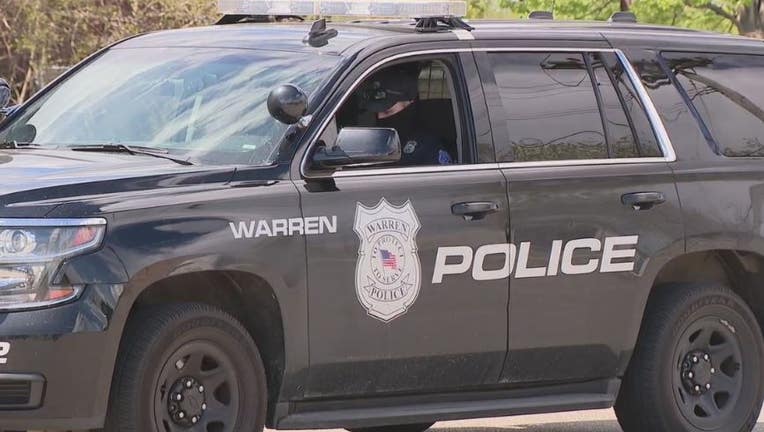 WARREN, Mich. - Warren police arrested a carjacking suspect with a lengthy history of robbery and fleeing and eluding officers late last weekend shortly after he allegedly stole a woman's car at a gas station.

The 55-year-old Warren man was arrested after he struck multiple patrol vehicles while attempting to escape the police who had been in contact with the owner of a vehicle he allegedly stole. He was taken into custody after losing control of the vehicle - a 2015 Chevy Malibu.

According to a release, a 56-year-old woman was about to get in her car when the suspect approached her, threw her to the ground, and wrestled the car's keys out of her hand. She suffered minor injuries as a result.

Officers used OnStar to obtain the stolen vehicle's location, which came up at Eleven Mile and Sutherland. As officers approached the vehicle and observed it was still occupied by the suspect, the man fled.

He initially drove into a patrol car, causing damage, before driving across several front lawns in the area and hitting another vehicle, according to the release. From there, the suspect drove to the area of Eleven Mile and Schoenherr where he hit another patrol car before losing control.

He was taken into custody without further incident.

The female victim's purse and other property were found inside the Chevy.

According to Warren police, the suspect has a lengthy criminal history which includes previous convictions for unarmed robbery, fleeing & eluding, possession of a stolen vehicle, resisting & obstructing police, unlawful use of a vehicle, and narcotics possession.

Detectives plan to request charges of carjacking from the Macomb County Prosecutor's office.