WARREN, Mich. (FOX 2) - Warren De La Salle High School was locked down after a bomb threat was made on social media, according to Warren Police.

Warren Police Commissioner William Dwyer confirmed Tuesday morning that the private Catholic high school was put on lockdown after a bomb threat was made on social media. Dwyer did not provide further about the nature of the threat.

Warren Police said there was no credibility to a bomb threat that was made on social media Tuesday morning.

Around 11:30, about 90 minutes after the lockdown was put in place, police said it was lifted after it was not deemed credible.

Principal Nathan Maus released a statement to parents that the school is committed to the safety of the children inside:

"This letter is to inform you that De La Salle Collegiate is currently on lockdown due to threats that transpired on social media. Our school is committed to the safety and education of all our students and, although nothing has occurred in the school thus far, we are taking every precaution to protect students until further notice.

We understand that lockdown situations can frighten students. Please discuss this situation with your son and let us know if follow-up is needed at school. Counselors are available. We apologize for this disruption and we will continue to keep you updated."

This is the second time this semester the school has been put lockdown due to a threat.

On Thursday, Oct. 31 a student brought a knife to school and showed it to some friends. One called 911 and the police came and the school went into lockdown. That student was taken into custody and is no longer a student at the school.

Then later that day, a parent alerted the school that her son saw a threat that during the school's All Saint's Day liturgy, people wearing masks would 'pop up and kill everybody.' The decision was made to close the school that next day. Warren police were called to investigate.

It's unclear right now if the knife and All Saint's Day threats were connected.

The bomb threat is the latest news around the high school, which just Monday announced the head football coach was fired.

Also on Monday, the families of two African-American students and one Hispanic student sued the school, saying they were discriminated against when they were suspended for their alleged roles in hazing. The families said 10 other Caucasian students ere not suspended, though they were also suspected of having roles in the reported hazing.

The lawsuit alleges that the suspended students were blackmailed because they say school President John Knight offered to let them return to school if they provided the names of other students involved in the incident.

The lawsuit says the three students have missed 46 days of school, jeopardizing the graduation chances two of the students. The students did agree to speak to an independent investigator hired by the school and say they expect that investigation to clear their names.

The school was been embroiled in turmoil since late October when reports of hazing surfaced and the team announced it was forfeiting the football season the night before playoffs started.

Special Prosecuting Attorney Michael D. Wendling, of the St. Clair County Prosecutor’s Office, has been assigned to the case of hazing involving Warren De La Salle football players that resulted in the season being canceled. 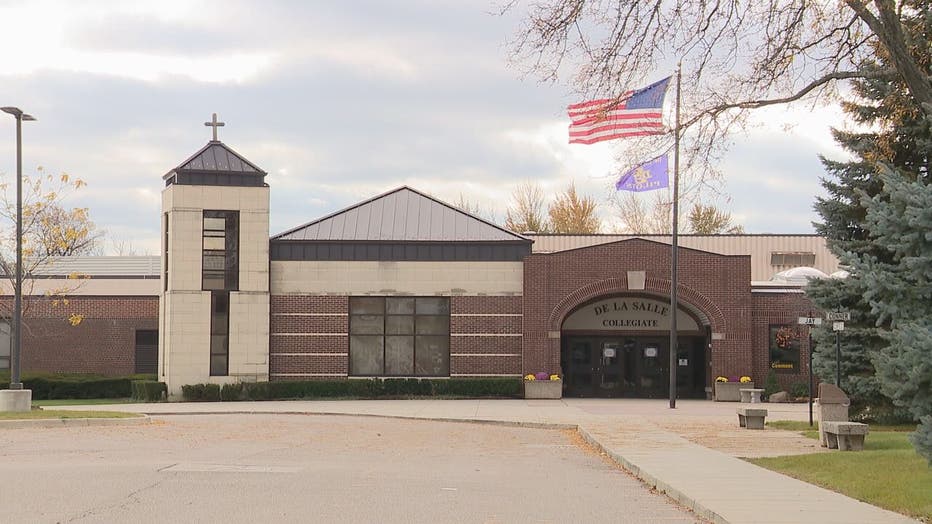