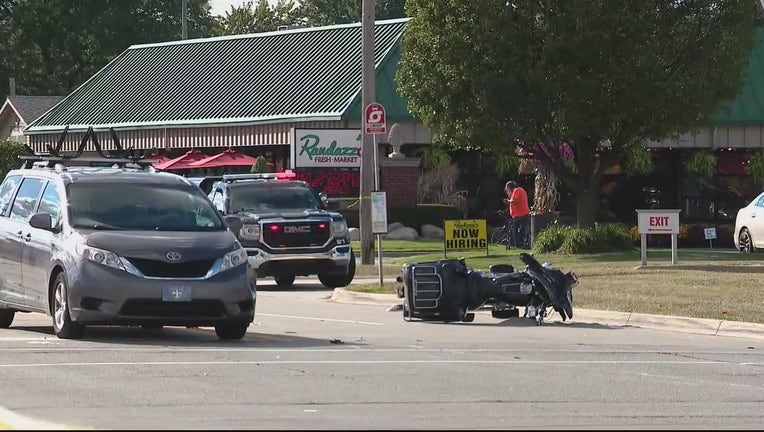 WARREN, Mich. (FOX 2) - A motorcyclist died after a pickup truck driver turned in front of him as he was riding in Warren on Tuesday afternoon.

Police said the 37-year-old Warren man was riding west on 13 Mile, and had the right of way at the Schoenherr Road intersection. As he was going through the intersection, a driver in a Chevrolet Silverado on eastbound 13 Mile turned left in front of him.

The crash caused the motorcyclist to hit another vehicle. He was not wearing a helmet and was pronounced dead at the scene. The other involved drivers stopped. Drugs and alcohol are not suspected.

The motorcyclist is not being identified until his family is notified.

"It is unfortunate when somebody loses their life in a traffic crash. Investigators are working to reconstruct this incident so that we have a more detailed understanding of what occurred. My condolences go out to the victim’s family," Warren Police Commissioner Bill Dwyer said.