WARREN, Mich. (FOX 2) - The Warren mayor and city council are at odds after the job of the mayor's longtime aide was cut.

During a budget meeting June 30, just hours before the new fiscal year on July 1, city council eliminated Amanda Mika's executive administrator position, which had a salary of nearly $91,000. She says it happened without warning, too.

Warren mayor Jim Fouts and the city council are at odds after the job of the mayor's longtime aide was cut.

"I heard in the mayor's office we're cutting the executive administrator and I thought, wow." she says. "Shame on you for not doing your due diligence. You're an embarrassment."

"We eliminated several positions throughout the city that have been vacant for several, several years," council president Patrick Green says.

Mika says she goes by the title Executive Assistant because it's more relatable, even though that position has been filled by someone else. "I've been the mayor's assistant for 10 years and it's a title that I choose to use," she says.

But Green says Fouts never told city council that he appointed Mika to the new position back in January. 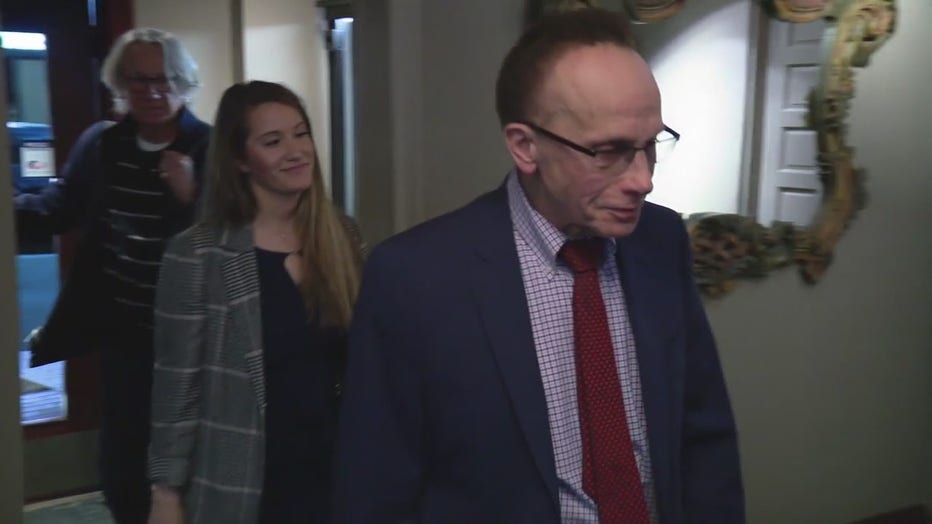 "He called her the executive assistant consistently. If they are using a different title for someone and paying them from somewhere else, that sounds like a cover-up," Green says.

Green also says the city should be using every dollar it can to support other things like public safety.

But Fouts says three council members didn't know of the roughly 36 changes to the budget until the day of.

"It would have been good governance and appropriate to let folks know ahead of time," says Angela Rogensues, a council member.

He also says he was cut off and muted during his presentation of the budget.

"They didn't like what I was saying so they muted me and then hung up on me," Fouts claims.

"We cut him off after 45 minutes of a run-on sentence. He did not answer us," Green says, something Fouts calls "an absolute unequivocal lie."

Mika told FOX 2 this, about Green, "The mayor did not speak for 45 minutes. He didn’t let the mayor speak beyond eight to nine minutes.”

Fouts called the position elimination a "charade designed to take over city government." He also says the council is out of control and that it violated city charter and the open meetings act.

"They seem to want to target women and African Americans and Arab Americans," Fouts claims.

Meanwhile, Mika, who has been working for free since July 1, says she's going to continue to work as long as she can. City council is now planning to investigate.

"Maybe we need to look into what they're doing," Fouts added.