MADISON HEIGHTS, Mich. - A 35-year-old man is in critical condition after being shot by Warren police following an alleged burglary Thursday morning.

The officer-involved shooting happened around 2 a.m. at a Madison Heights hotel on Dequindre Road.

Police had been tailing the suspect after watching him steal a safe an hour earlier.

Burglary suspect in critical condition after Warren police shoot him

A 35-year-old burglary suspect was shot by Warren police after they tried to arrest him and he rammed a Warren police vehicle early Thursday morning outside a motel in Madison Heights.

The suspect was a known offender and described as a career criminal who had just been released from prison on burglary and home invasion charges.

After a surveillance team from Warren police watched the suspect steal a safe out of an Auburn Hills business, they followed him to the Knights Inn and waited for backup.

"The crimes that this particular individual committed have all been serious felony crimes. He had made statements he wasn't willing to go back to prison which meant to us he would use any type of force necessary to get out of the area and not be arrested," said Warren Police Commissioner Bill Dwyer.

When police tried to arrest the suspect, he tried running over one of the officers with his car. He also rammed a squad car before police shot and wounded him.

The man is now in surgery at Beaumont hospital where he remains in critical condition.

"...I'm so grateful none of the officers were seriously injured," said Dwyer. 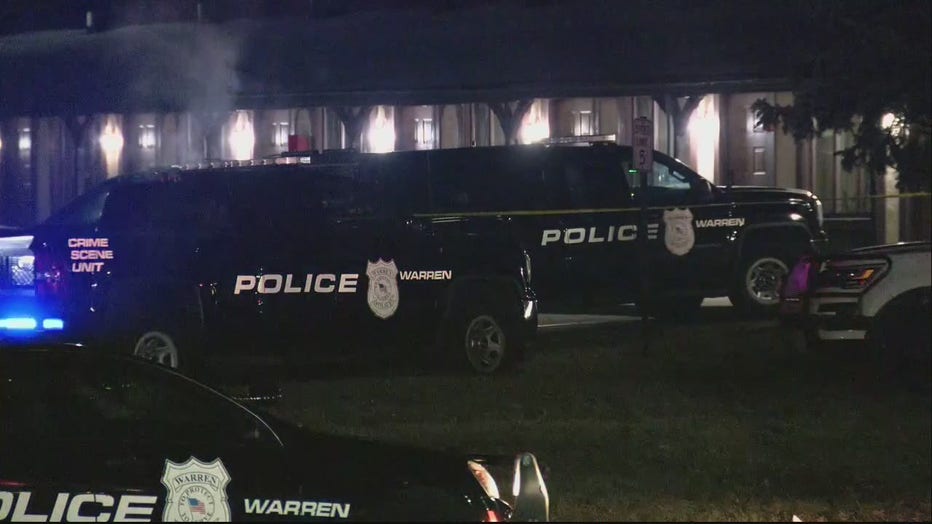 Police have also obtained a search warrant on a suspect's vehicle as well as at the motel where the man was staying.

Police said a woman and two children had been staying at the hotel with him. Their relationship to the suspect is unknown at this time.

The officers involved in the shooting have been placed on administrative leave, per standard procedure.