LANSING, Mich. - Election day in Michigan has been over for more than two weeks, but there are still several steps left before the state can officially certify its votes and conclude the Nov. 3 election.

On Tuesday, Wayne County officially certified its votes after the canvassing board, deadlocked in a 2-2, reversed course, and unanimously approved its ballot totals.

It was the first in a multi-step post-election process that usually takes place behind the scenes as the dust settles from a busy general election day. So what happens next?

Nov. 17 was the last day that county canvassing boards had to certify their election results. Had Wayne County been unable to certify its results, the job would have moved on to the Board of State Canvassers regardless, who conduct a similar review of ballots cast in the state. 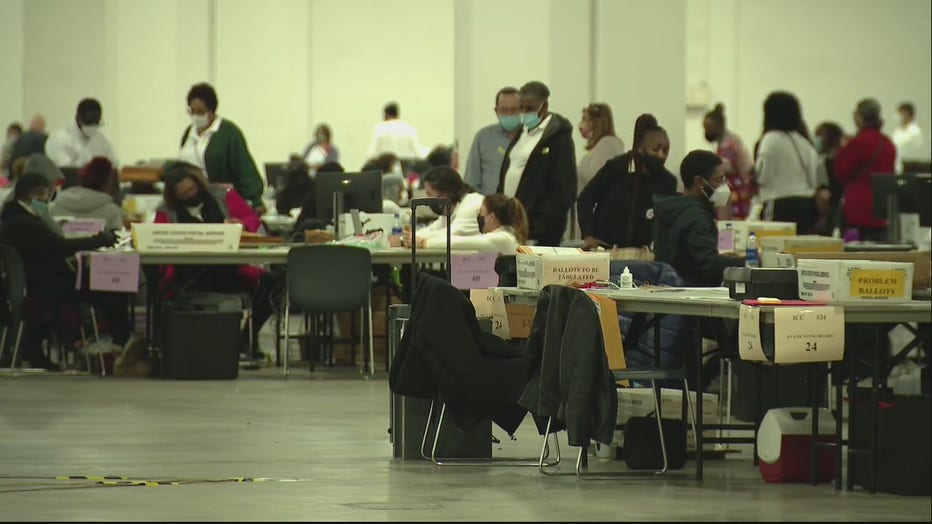 The TCF Center ballot count in Detroit on election night.

That group is expected to meet at around 1:30 p.m. on Wednesday for a virtual meeting.

The Board of State Canvassers' job is to certify both statewide and almost all local elections in Michigan. Made up of four members appointed by the governor with the advice of the state Senate, two members are Democrats and two are Republicans.

RELATED: Wayne County Board of Canvassers vote to certify election results but with an audit of unexplained precincts

After the state board certifies votes, any public officials who would like to apply for a recount must file a request with the Secretary of State office within 48 hours.

Among the other quirks to Michigan's election systems is a new rule that says any candidates who plan to request a recount must have a reasonable chance of winning.

The relevancy of the rule came about after Green Party Candidate Jill Stein requested a recount of the Michigan vote in 2016. A Michigan judge stopped the recount after arguing Stein had no legal standing to request another look at ballots.

For the 2020 presidential election, Democrat Joe Biden unofficially led President Donald Trump by more than 140,000 votes, a margin 14 times bigger than the one Trump won in 2016.

After the state canvassing board certifies its results, Gov. Gretchen Whitmer will do the same, passing the responsibility on to the state electors who will cast Michigan's 16 electoral college votes for Biden. That vote is scheduled for Dec. 14, assuming there is no outlying litigation contesting the election results.