According to the group's social media account, they're "3 of Wayne County's most loveable idiots" and have gotten pretty good at impersonating the typical figures you run into in Wayne County. Just ask the millions of people that have seen their clips.

"He heard Eminem and was like ‘that’s me right there, dude. I'm like him,'" said Garrett Fuller.

Fuller, along with his friend Mike Smith, are the brains behind the three characters who they say are some of the most common stereotypes you find in Wayne County.

When the duo started posting videos on their Wayne County Lyfe YouTube page, they admit there wasn't a lot of interest. "For three years, there wasn't much response, so we were just making them for ourselves for a long long time," said Fuller.

But then the video "ALL BLACK DODGE RAM!!!" got posted.

That video has been viewed more than 350,000 times since getting put up in July 2019. Its reach made it as far as Hollywood and received some notable recognition from some big names.

Since then, they've gotten more than 8 million views on their videos.

"It's sorta like Seinfeld, but with a twist," one fan told FOX 2. 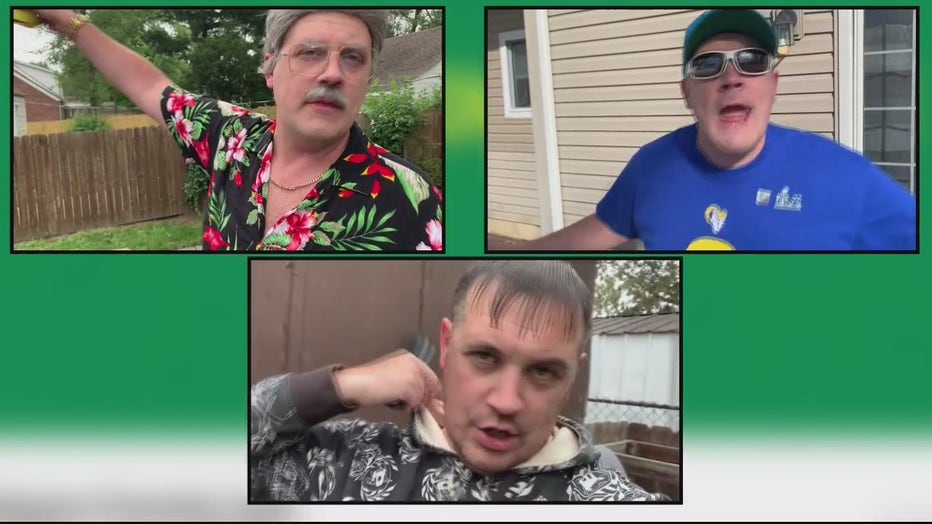 There's also a fourth character: the illusive Duncan. All the characters know who Duncan is and speak to him, but he's never on camera - an ode to Wilson on Tool Time.

"He's the voice of reason," Smith said. "With all the craziness going on, he's the audience's voice of ‘wait, that’s ridiculous, right?'"

There's only so much reason that can go on when the clips are ad-libbed. According to the two men, there are very few scripted lines.

Check out the page to see for yourself.