DETROIT - Detroit Fire Department believes the home explosion that injured six people two weekends ago was due to a gas pipe that leaked after someone discharged a weapon and a bullet pierced it.

Deputy Fire Commissioner Dave Fornell said an hour before the house explosion on Detroit's west side late Saturday night Jan. 4, 2020, someone inside the home had fired a weapon accidentally. The bullet pierced a gas pipe in the basement, causing the leak.

An hour later, a woman lit a cigarette inside the home, which caused the explosion. 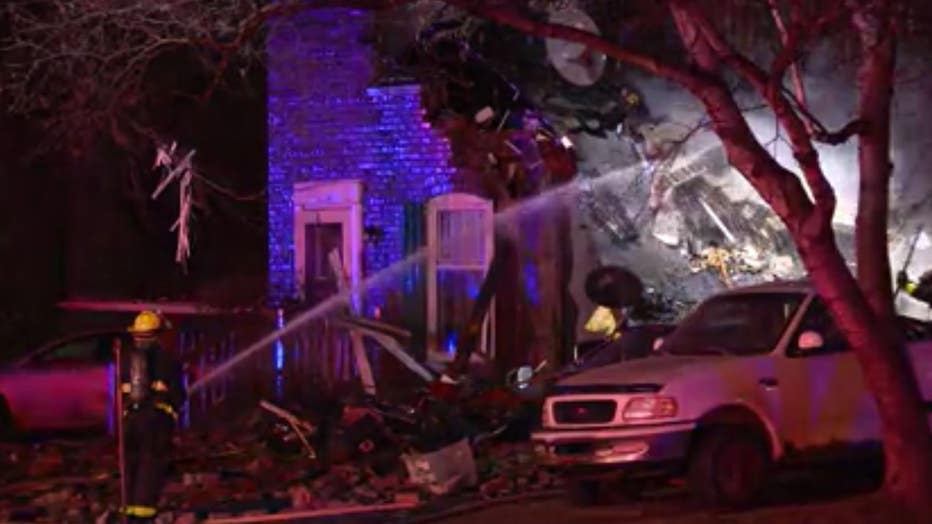 The update comes after the Detroit firefighters responded to reports of a house explosion on Evergreen near Lyndon. At the time, six occupants were in the home at the time, all-sustaining second and third-degree burns before being taken to the hospital.

"It scared me to death," said Angela Lash, a neighbor Jan. 4. "Oh my God, the whole house shook. It honestly was like a car had hit the side of my house."

When Lash looked outside, she said she spotted a woman on the ground. The injured woman had been knocked out of the home after the explosion.

Detroit Fire Department rigs responded to calls from neighbors. DTE officials later turned off the gas and secured the area.

At the time officials had narrowed the cause of the explosion to a gas leak, but didn't know much beyond that.