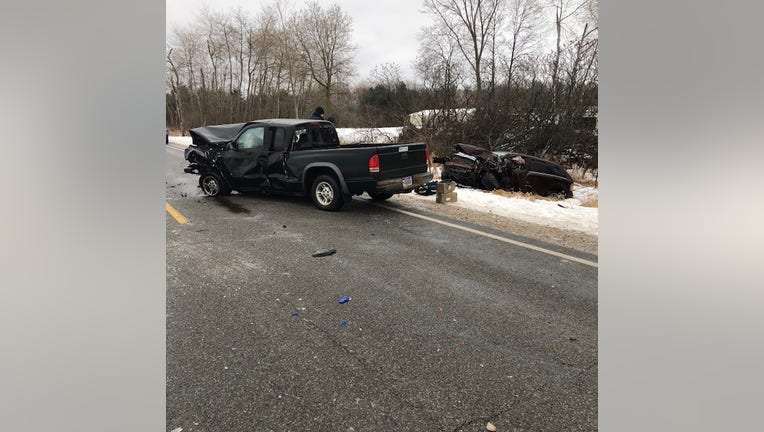 Michigan State Police responding to the crash received reports around 1:23 p.m. of a traffic accident in Montcalm County, northeast of Grand Rapids.

According to troopers from the Lakeview Post, a 2002 Dodge pickup truck was traveling west on Sidney Road when the driver lost control on the roadway, crossed the centerline, and struck a 2009 Ford head-on.

Police believe that ice on the road caused the crash.

MORE: 'It was hot as hell': Survivors share stories of house fire in Pontiac that killed 2

A passenger riding in the Ford, a 66-year-old woman, was taken to a hospital with life-threatening injuries.