Long lines of vehicles were seen at crossings on Ukraine’s eastern border after Russia invaded on February 24, 2022. Credit: Maxar Technologies via Storyful

Russia has been accused of using thermobaric vacuum bombs during its invasion of Ukraine, according to Ukrainian officials.

"They used the vacuum bomb today," Ukraine's ambassador to the United States Oksana Markarova told reporters after meeting with U.S. lawmakers Monday. "...The devastation that Russia is trying to inflict on Ukraine is large."

Thermobaric explosives, also called fuel-air explosives (FAE), use oxygen around them to generate a high-temperature blast. The blast wave typically lasts longer than a conventional explosive and has the ability to vaporize people. 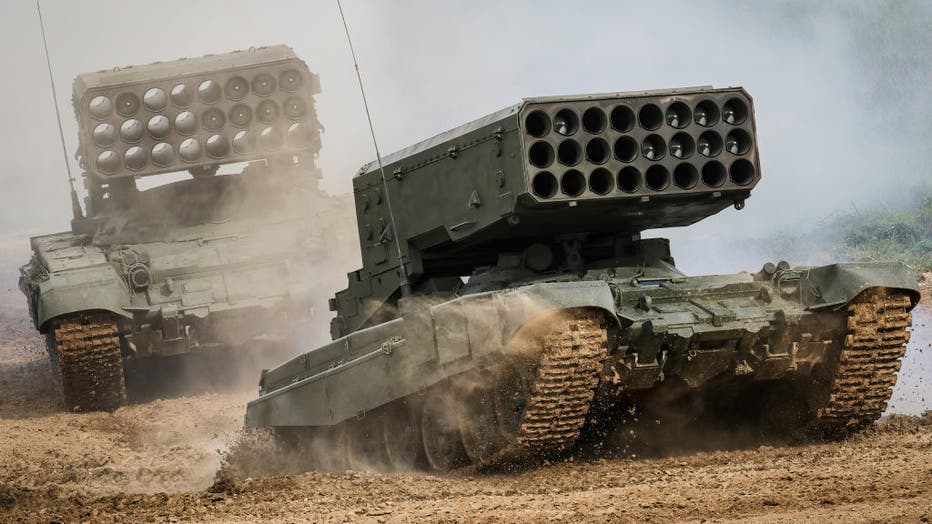 "The [blast] kill mechanism against living targets is unique--and unpleasant...." reads a 1993 U.S. Defense Intelligence Agency study. "What kills is the pressure wave, and more importantly, the subsequent rarefaction [vacuum], which ruptures the lungs.... If the fuel deflagrates but does not detonate, victims will be severely burned and will probably also inhale the burning fuel. Since the most common FAE fuels, ethylene oxide and propylene oxide, are highly toxic, undetonated FAE should prove as lethal to personnel caught within the cloud as most chemical agents."

Using such explosives is a breach of the Geneva Convention, which established guidelines for humanitarian treatment of populations in war.

Russia has a long history with the explosives. In 1999, Russian generals threatened to use vacuum bombs on rebels during the Chechnya conflict. While in 2007, Russian officials announced the country had tested the world's most powerful vacuum bomb.

"Test results of the new airborne weapon have shown that its efficiency and power is commensurate with a nuclear weapon," Alexander Rukshin, then-deputy head of Russia's armed force chief of staff, told Russian TV, Reuters reported at the time.

"You will now see it in action, the bomb which has no match in the world is being tested at a military site," the report said.

In Ukraine’s second-largest city, Kharkiv, shelling has intensified, including with an attack on the city’s main square. 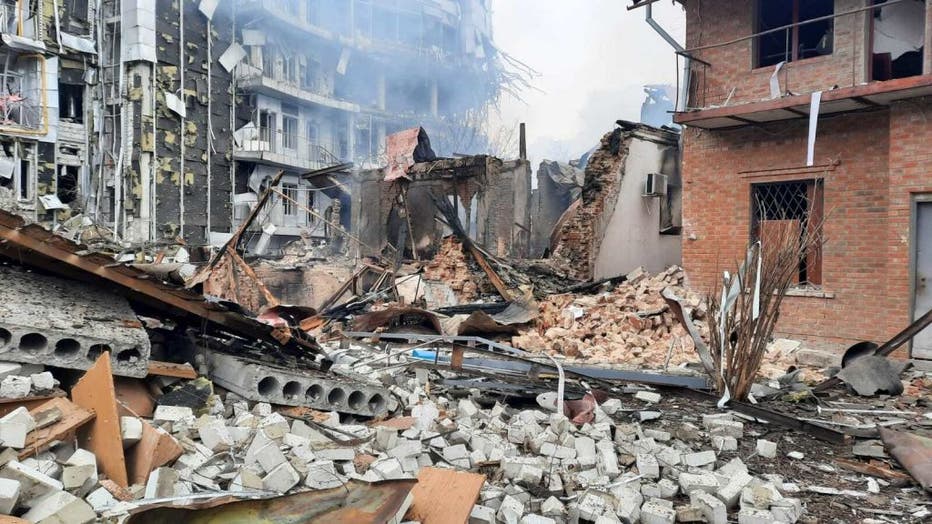 FILE - A view of damaged civil settlements after Russian attacks in Kharkiv, Ukraine on March 3, 2022. (Photo by State Emergency Service of Ukraine/Anadolu Agency via Getty Images)

Ukrainian President Volodymyr Zelenskyy called the attack on Kharkiv "frank, undisguised terror," saying a Russian missile was to blame and that the incident amounted to a war crime.

Zelenskyy has called for an international tribunal to investigate Russia’s actions and for Russia to be penalized through measures such as losing its permanent membership on the United Nations Security Council and closing airspace, ports and canals to Russian vehicles.

President Zelenskyy on Thursday called for Russian President Vladimir Putin to meet with him. Here's his full statement, with English subtitles provided.

The Ukrainian president signed an application Monday for Ukraine to join the European Union. The EU has accepted Ukraine’s application and has commenced a special admission procedure to integrate the country, Eastern European media has reported.

"We are fighting also to be equal members of Europe. I believe that today we are showing everybody that is what we are … We have proven that, as a minimum, we are the same as you."

The Associated Press and Fox News’ Peter Aitken contributed to this report.