It could be days before everyone's power is restored, following heavy storms

DTE and Consumers say they are aiming to have a majority of their customer's power back on by Saturday after heavy winds and rain knocked out power for more than 800,000 people across Michigan Thursday.

DETROIT - The shockwaves from the Wednesday and Thursday storms blitzing Michigan can still be felt in the hundreds of thousands of homes still without power more than a day later.

DTE says it is aiming to restore electricity to 80% of customers without power by the end of Saturday - and 95% should see the lights back on by the end of the weekend.

At its peak, more than 600,000 customers from the electricity provider, as well as 250,000 Consumers Energy customers, had lost power, leading to one of the worst power outages in recent memory.

RELATED: What to do at dark traffic lights in Michigan

Consumers Energy's vice president has said most customers will have power by the end of Saturday.

DTE says it brought in more than a thousand line workers to aid the 1,800 crews already working to restore power. So far, they've managed to help 150,000 customers.

Luckily for customers without air conditioning, Friday morning will be the final day of heat and humidity before a cool and likely dry weekend in Metro Detroit.

But even expected salvation in a couple of days isn't enough to curb the mounting frustrations from customers. Lawrence Lewis and his neighbors in Oak Park had planned on putting together the neighborhood's annual block party on Saturday. But that isn't guaranteed anymore.

"We still need electricity to run all of our cotton candy machines, run our DJ, run the bounce houses," he said. "I don't know anybody's lungs that strong to blow up a bounce house by yourself all day."

RELATED: Why do Metro Detroit freeways always flood when it rains?

DTE CEO Jerry Norcia attributed the recent power outages to a spike in high wind events. The company has prioritized investments in the grid and tree trimming, he said, since burying powerlines underground would be much more expensive.

"We've actually looked at what it would take to go back and retrofit a community and bury everything and we looked at a community of about 14,000 customers and the costs were astronomical, $500 to $700 billion dollars," Norcia said. "What we found was if we spend $250,000 on aggressive tree trimming, we get the same reliability result."

It's not just high wind events that are causing carnage in Michigan's electrical grid. The region is also experiencing a lot more rain than it used to. Pairing power outages with major flood events has created a bad dream for many residents these past few months - and likely won't be the last severe weather summer that hits. 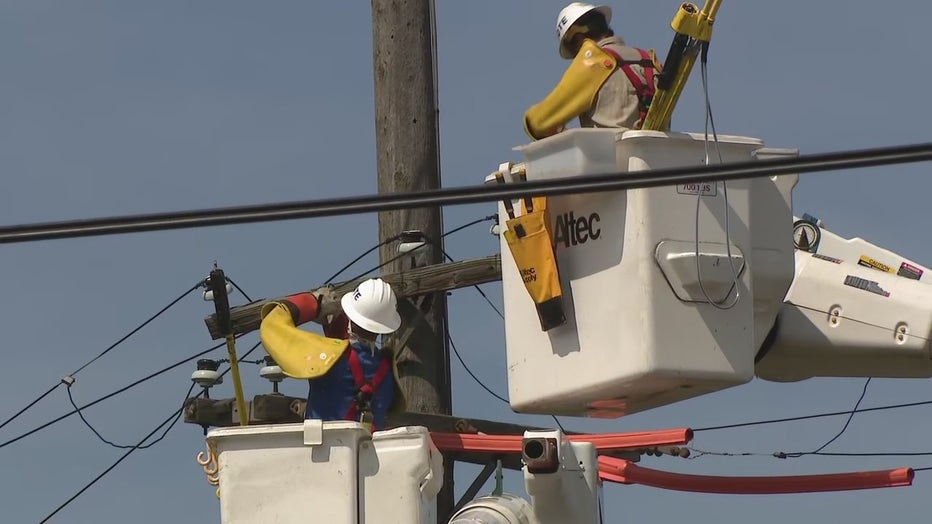