With hundreds of thousands of southeast Michigan residents in the dark, you may find yourself driving and attempting to cross a four-way intersection that typically has a traffic light but is dark. Do you know what to do?

Way back in 2017, when a windstorm knocked hundreds of thousands of people in the dark, traffic lights throughout the area were dark and people generally didn't know what to do.

At the time, most people believed it was treated as a four-way stop but that wasn't the case at the time! It was actually supposed to revert back to the basic right-of-way requirements. In other words, the street with the heavier traffic had the right of way. If two vehicles get there at the same time, the driver on the right has the right of way.

Here is a list of every major road closure. We're updating it regularly.

Confused? Yeah. So was everyone else. Most people treated them as a four-way stop and that worked but technically wasn't right.

After the storm of 2017, another ice storm of 2018 rolled in and brought more dark stoplights. And people still treated it as a four-way stop. That was finally the end of the "right-of-way" confusion.

In April of 2018, Michigan lawmakers made it a law that you should treat a dark intersection as a four-way stop.

The law was signed by then Lt. Gov. Brian Calley as then Gov. Rick Snyder was out of the country for a trade trip.

Calley said the law was in line with what everyone was taught in driver's ed.

"Clarifying this law will not only reduce the number of accidents during these power outages, but it will also keep Michiganders consistent with what is taught during driver's training," Calley said in April 2018.

Most of the inclement weather is expected to have moved on by 10 a.m. and will remain to the south of us for much of the day. 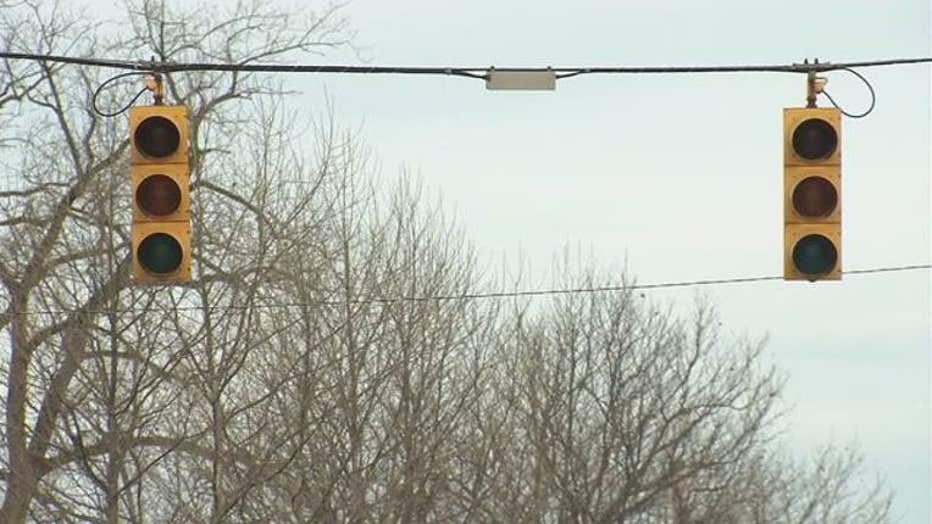