OAK PARK, Mich. (FOX 2) - After two rounds of severe storms in the past 24 hours, so many homes remain in the dark as of Thursday evening.

"We know this is the fifth time our customers experienced this in less than eight weeks," said DTE Energy CEO Jerry Norcia. "We know what type of inconvenience this creates, especially during hot, summer weather."

After two rounds of severe storms in the past 24 hours, so many homes remain in the dark as of Thursday evening.

As crews work to get southeast Michigan back online, Metro Detroiters are still coping with the outages and then some.

"I heard a big crash, and I go in my kitchen and the whole roof is just gone," said Blair Williams.

First went the tree, "Then all of a sudden, the power went out," Williams said.

Then the outage - and overnight heavy rainfall.

"We put a tarp up in the kitchen, not over that, because we couldn't get up there to put a tarp up - basically as it started raining and the weight started weighing it down," Williams said. "It came down so it's just been raining in the house."

"It's very hectic, it's frustrating sitting in your house at night, no lights on, you don't know when it's coming on," said Lawrence Lewis.

For Lewis and his neighbors on Albany Street in Oak Park, the outages may put a damper on their annual block party Saturday.

RELATED: More than 526,000 without power across Michigan -- Check the DTE and Consumers outage map here

"We still need electricity to run all of our cotton candy machines, run our DJ, run the bounce houses," he said. "I don't know anybody's lungs that strong to blow up a bounce house by yourself all day."

DTE Energy hopes to have power restored to most homes and businesses sometime Friday or Saturday. The rest, by early next week.

"Let me know such and such area, don't just keep it broad.," Lewis said. "They know my address. They know where to send the bill."

"It shouldn't be like this, something's wrong with the power, the transformers, something is not right," said Lyle Rodgers.

DTE's Norcia spoke about the recent power outages and the public's growing frustration with them. 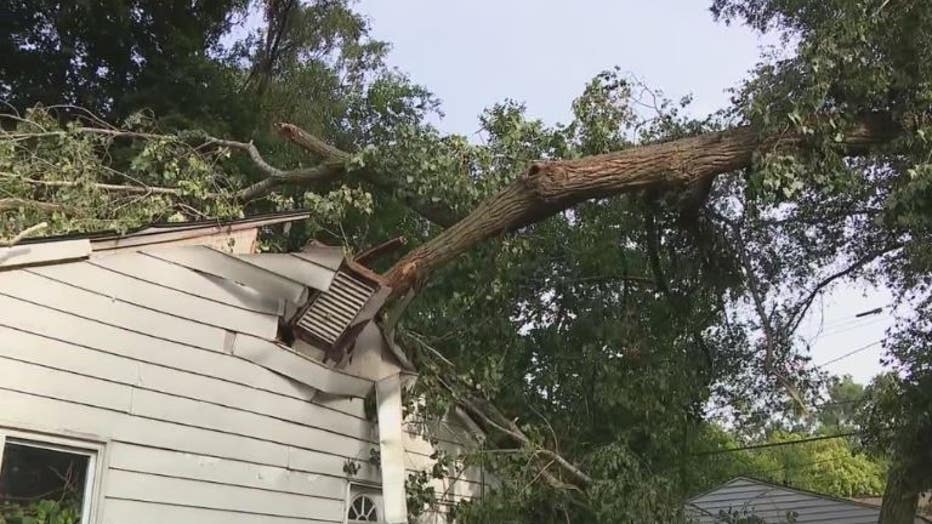 Norcia says high wind events have spiked over the past decade but so have their investments in their grid and tree trimming. The latter he says is far more cost-efficient than moving powerlines underground.

"We've actually looked at what it would take to go back and retrofit a community and bury everything and we looked at a community of about 14,000 customers and the costs were astronomical, $500 to $700 billion dollars," Norcia said. "What we found was if we spend $250,000 on aggressive tree trimming, we get the same reliability result."

DTE said the majority of all customers should see their power back by Sunday night. In the meantime, officials said to stay 20 feet away from any downed line and to treat all of them, as if they are live wires.