Allegations of misconduct made at Ypsilanti-area jail

Sexual abuse allegations are evolving out of the Women's Huron Valley Correctional Facility after two former employees said they were fired for speaking up about the culture.

PITTSFIELD TOWNSHIP, Mich. - Two former employees at a women's prison near Ypsilanti say they were fired after trying to report some of the abuse they witnessed inside.

In response, they're wielding the power of an attorney and discontent from protesters to bring attention to the drama unfolding within the Women's Huron Valley Correctional Facility in PIttsfield Charter Township.

"Just because they are inmates doesn't mean they don't get treated with dignity or respect," said Attorney Dion Webster-Cox.

"Their offices were totally ravaged and they were told they were let go, so I'm here because they came forward. I said ‘no, we’re human. We can't allow this to happen to them," she said.

Cox is representing both former employees, who say they were going public about acts of sexual abuse they witnessed within the facility.

"Ethically, morally, and legally, I am responsible. I cannot turn my head when it comes ot injustices that are being done. If I see someone, something, someone that is helpless, that is being picked on, berated - if I turn my head, I am no better than the person who is doing the abusing," said one former employee.

Another said they saw one have sex with a maintenance worker.

"I didn’t know the Orange is the New Black and Wentworth were going on in Michigan, I thought these were just television programs," said Webster-Cox. "We know this has happened in the past. I know in Michigan back in 2009, millions of dollars were paid out to address these allegations."

The Michigan Department of Corrections declined to comment on the pending litigation brought forth by Webster-Cox.

They did say in a statement that "MDOC does not retaliate and has a zero tolerance for sexual harassment and violence. Our medication assisted treatment program is helping to reduce serious opioid addictions of the prisoners who come to us and helps give them a greater chance of success against their addiction when released."

On Sunday, dozens expressed disgust with the allegations. One organizer said they would not tolerate injustice toward women.

According to Webster-Cox, the whistle-blowers were retaliated against after the department learned of their intentions to inform higher authorities about mistreatment within the prison. That includes allegation the jail fostered a culture of rape as a punishment. 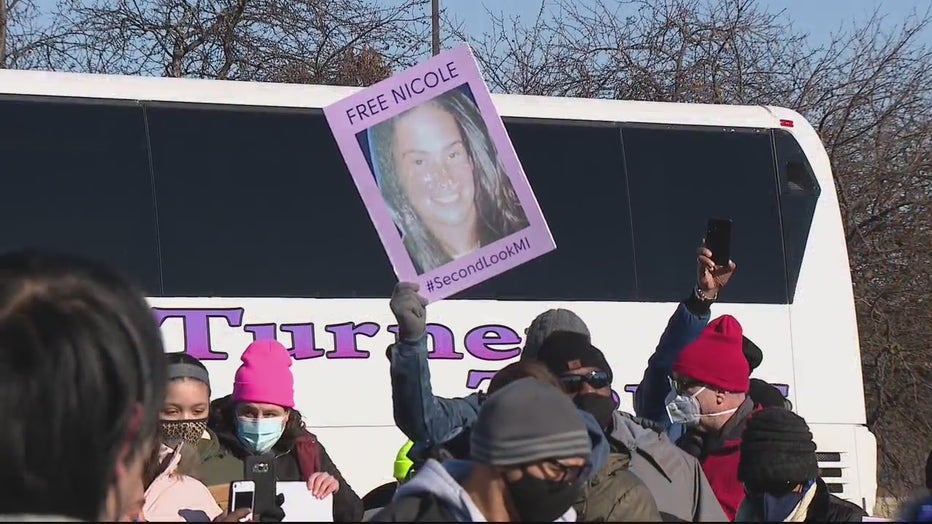