DETROIT (FOX 2) - A parent heard about what happened in class and wrote a Facebook post about it - and it struck a chord with a lot of Detroiters. It also got the attention of some school board members who called the allegations deeply concerning and unacceptable.

A white Renaissance High School history teacher is under investigation for allegedly comparing his students, most of whom are black, to helots - the servant class of the ancient Greek city-state of Sparta.

A parent heard about what happened in class and wrote a Facebook post about it - and it struck a chord with a lot of Detroiters.

"And my son said, 'Are you calling us slaves?' And he just said, 'Yeah, you're like slaves to the teachers, we tell you what to do and you have to do what we say.'"

"Now, because he's a white teacher and this is a predominantly African-American class, there's a number of students who don't feel comfortable with a white teacher calling them slaves, or comparing them to slaves."

Jamon Jordan says he was livid when his son told him about that exchange Tuesday and what followed soon after.

"So one of the students, a female student said, 'Let's stop this discussion and do the work and read and learn more about this Greek city-state.' And he said to her, 'Can you read?'"

Jordan emailed the district about what allegedly happened in his son's class and then went public with the allegations in a Facebook post. That's when he says others reached out to him about similar incidents involving the same teacher.

"And another one is, as the students were voicing their support for Black Lives Matter, he told the students, 'No, blue lives matter.'"

FOX 2 reached out to the teacher in question for comment but did not receive a response. A spokeswoman for the Detroit Public Schools Community District calls the allegations disturbing and says they immediately initiated an investigation after learning about them.

The class of 2020 at Renaissance High School gave a statement to FOX 2 defending the teacher, saying his comments were taken "massively out of context." You can read their statement in full below. 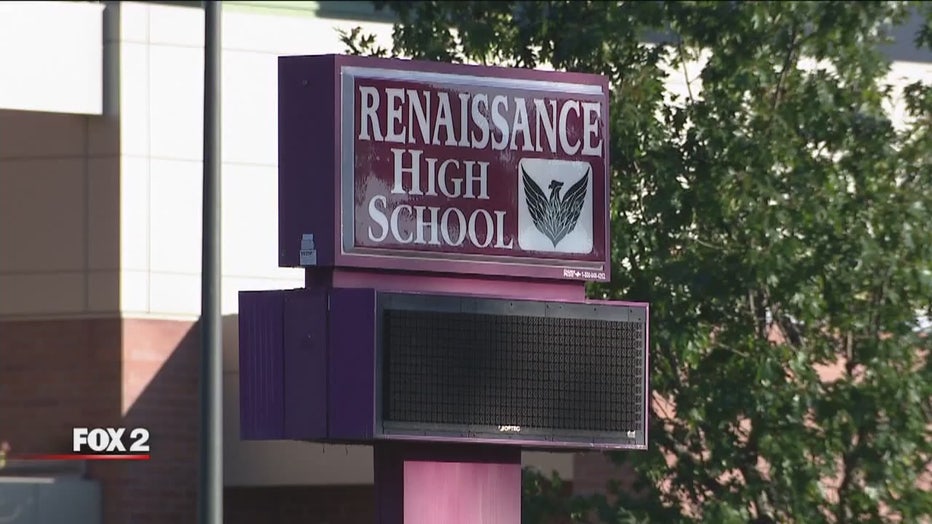 Jordan, a Detroit historian and former teacher, says his experience as an educator should be instructive for this situation.

"There's been schools I've gotten fired for getting my lesson plans in late," Jordan said. "This is way past lesson plans,"

FOX 2 contacted the teachers' union for a comment and has not heard back from them.  The district says it will determine disciplinary action after the investigation is complete.

The teacher was in class on Wednesday. It's not clear yet if that will continue.

On behalf of c/o 2020, we will like to publicly defend Duncan DeBruin in regard to the allegations made in the last 24 hours. As you know there is always two sides to every story. We see the metaphor in this situation has been taken out of context.
Mr. DeBruin is an outspoken, energetic, candid teacher who expresses himself in a very unique manner. In no way, shape, or form has Mr. DeBruin ever made a comment with the intentions of offending any student black or white. We have personally witnessed him go out of his way to ensure that students receive a quality education. He travels for over 30 minutes twice a day to arrive on time. He makes the atmosphere in the classroom, as well as the school in general, more accepting and inclusive, allowing students to express themselves comfortably. He has definitely tried his hardest to prepare us for what comes after high school knowing and acknowledging the adversities we face as young African Americans but has never used this to degrade us in any way. The metaphor highlighted in this instance was taken massively out of context. The reference of students being slaves was used with the intention to further explain a history concept, not to make the connection of African American students being slaves to a white teacher. We would like to make it very clear that we are not invalidating the emotions of any students who were offended by his comment, but the way one person and their family interprets a metaphor stated during a lesson is no way a judgement of someone's character. The class of 2020 fully stand behind Duncan DeBruin and will support him during his investigation in any way possible.