Michigan Gov. Gretchen Whitmer spoke on Wednesday for the first time since swo men who were convicted on Tuesday of conspiracy to kidnap her and said people will be held accountable for their actions.

NOVI, Mich. (FOX 2) - After the conviction of Adam Fox and Barry Croft Jr. in the plot to kidnap Michigan Governor Gretchen Whitmer, the leader of the state spoke on Wednesday about the decision and the rising threats against public officials.

Whitmer was in Novi on Wednesday to talk about the return to the classroom in schools across Michigan. On Tuesday, Fox and Croft were convicted on conspiracy charges related to the plot plus attempts to procure a weapon of mass destruction. Prosecutors argued the men had plans to blow up a bridge to slow down police if they were able to go through with the plan. Croft was also convicted of another charge surrounding explosives.

"This shows that people will be held accountable. We settle our differences at the ballot box and then we move forward. I think yesterday's conclusion of the trial was a just result," Whitmer said. "I think that the rise in hate and threats and domestic terrorism in this country is really concerning.

It was a victory for the Justice Department after a different jury couldn’t reach a decision on Fox and Croft and acquitted two others.

The federal government, including U.S. Attorney Andrew Birge, came under fire when the defense argued the men were entrapped by federal agents.

"No Governor, no public official should have to contend with what Governor Whitmer contended with here. All of our elected officials - everyone - deserves to be able to live in safety."

Law enforcement across the country have sounded the alarm about an increase in threats and the potential for violence against federal agents or structures.

"Every one of us should be calling for accountability and should be doing our part to make sure this kind of scary activity does not continue," Whitmer said.

The Governor also took questions on reproductive rights after county prosecutors were blocked by a judge last week from enforcing the state’s 1931 ban on abortion. She said she remains committed to keeping abortion safe and legal in the state.

"I am using every tool I can to keep Michigan a state where women have bodily autonomy and the right to abortion in their health care. The vast majority of people support that - whether it’s a choice they would make themselves or not - they recognize the person to make the decision is the woman," Whitmer said. 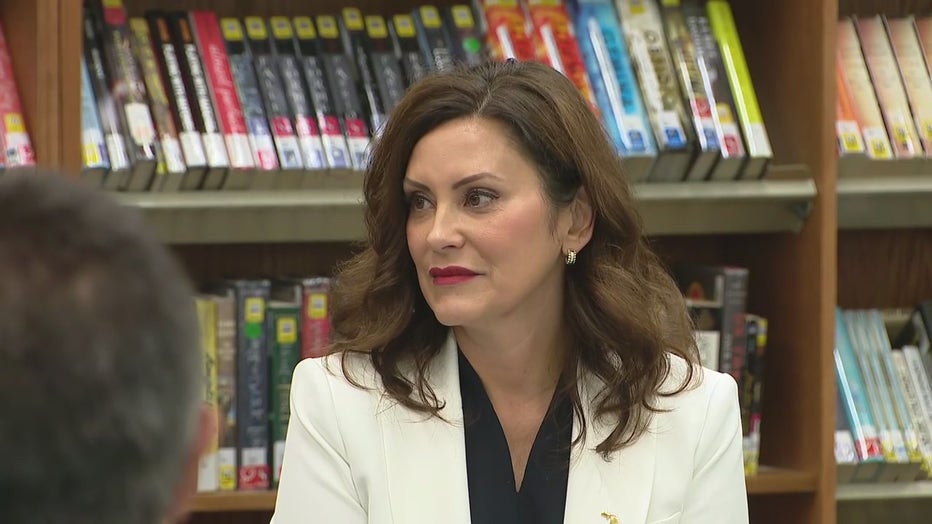