LANSING, Mich. - Gov. Gretchen Whitmer reported having a record $3.5 million in the bank for her 2022 reelection campaign Monday, shattering what was raised by previous Michigan governors halfway through their first terms.

Whitmer, a Democrat whose profile has grown nationally in the past year, had collected nearly $5.6 million this cycle, through December. No well-known Republican challenger has entered the race.

"It's clear that Michiganders overwhelmingly trust Gov. Whitmer to lead our state through one of the most difficult periods in Michigan's history," said Christopher Mills, senior campaign adviser. 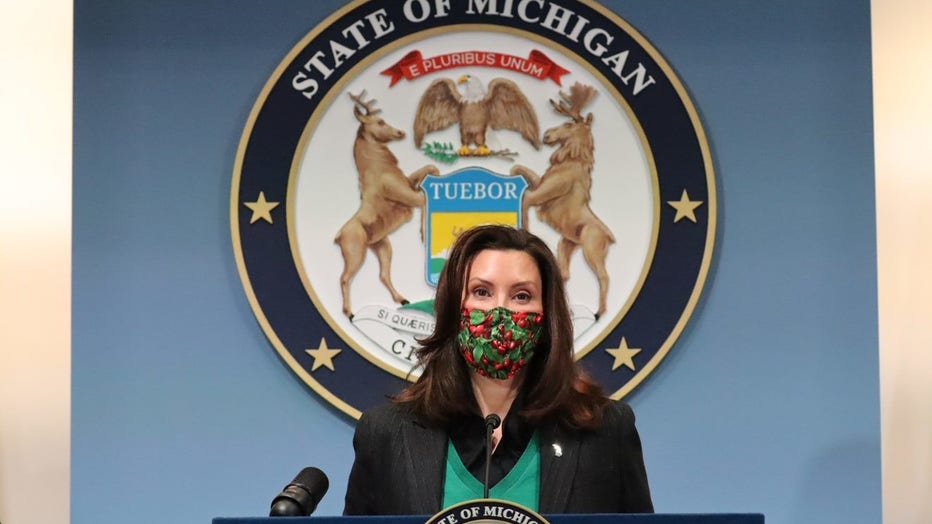 Halfway into his first term, Republican former Gov. Rick Snyder had $828,000 on hand after raising $950,000. Ex-Gov. Jennifer Granholm, a Democrat, had $1.3 million in the bank after receiving $3 million in contributions.

Whitmer has become known outside Michigan in the past year. She delivered the Democrats' response to then-President Donald Trump's State of the Union address last winter and took aggressive steps to curb the coronavirus in the spring, drawing protests and -- when she criticized the federal pandemic response -- Trump's ire.

She landed on Joe Biden's shortlist of possible running mates in the summer and was the target of an alleged kidnapping plot that the FBI foiled in the fall. A majority of the public has backed her handling of the pandemic, according to polling.