WASHINGTON (FOX 2) - Gov. Gretchen Whitmer said this week that she does not intend on extending authorization for Michigan National Guard troops currently on a mission in Washington D.C.

Soldiers from Michigan and other states traveled to D.C. earlier this year after the Capitol insurrection on Jan. 6. Troops were also called upon to beef up security for and after the inauguration of President Joe Biden.

According to Whitmer, the mission Michigan soldiers are involved with is scheduled to end March 12. 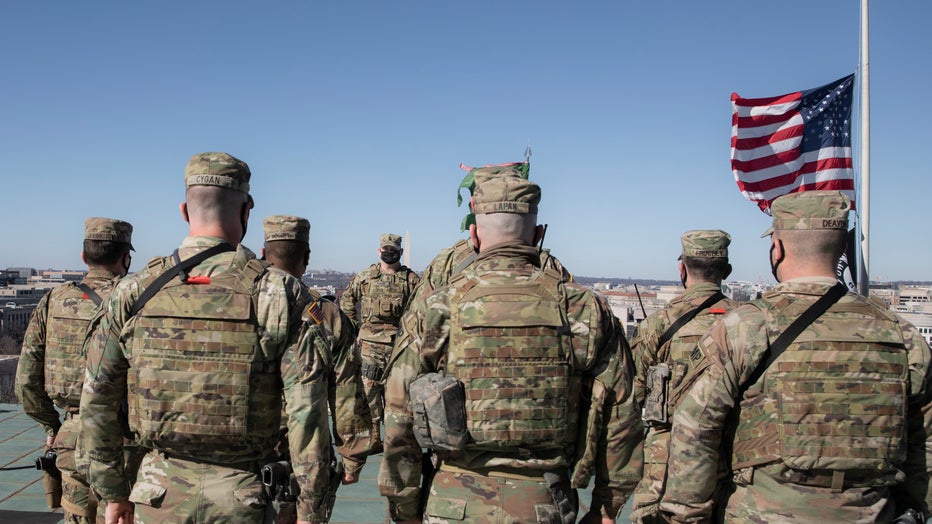 U.S. Soldiers with the 46th Military Police Company, Michigan National Guard, prepare for a promotion ceremony on top of the U.S. Capitol building in Washington, D.C., Feb. 25, 2021. The National Guard has been requested to continue supporting federa

Reporters questioned Whitmer on Tuesday regarding the quality of food being fed to troops. Recent reports claim soldiers on mission are being given undercooked food.

"I made very clear at the time that my expectation was that our guardswomen and men would have appropriate, proper hotel accommodations and a per diem to ensure adequate meals," Whitmer said.

She said she shared her concerns with military officials when she was made aware of the alleged food situation in D.C. She also asked Michigan’s adjutant general, Maj. Gen. Paul Rogers to visit D.C. and check on troops.

"It is my understanding that the quality of the food has dramatically improved," Whitmer said. "Doesn’t mean that it’s excusable."

According to Whitmer, she does not want to approve an extension of Michigan troops beyond March 12.

"I think that our brave men and women that serve in the Guard have been called on in unprecedented ways in the past 12 months," she said.

Whitmer mentioned several missions that Guard members have assisted with over the past year, including COVID-19 testing, adding that it is a sacrifice that keeps them away from their families.

On Wednesday, Whitmer said she would be traveling to D.C. later this week.

"We've worked really hard to make sure that our men and women who are serving our state and our country are treated well. We've made progress I think but I want to go out there for myself and spend a meal with our guardsmen and women, and I'm looking forward to that on Friday," she said.