LANSING, Mich. - Gov. Gretchen Whitmer will seek "common ground" with the Republican-led Legislature in her State of the State address, pitching a multibillion-dollar pandemic relief plan that would prioritize coronavirus vaccinations and additional aid to schools and businesses amid the crisis.

The spending proposal, first announced last week, will comprise a "good chunk" of her third annual speech Wednesday night, she said. The Democrat also will urge approval of a $500 million initiative to upgrade water and wastewater infrastructure -- initially unveiled in October -- and call for passage of bills that would let counties levy local fuel and vehicle registration taxes if authorized by voters.

"We can't talk about the state of our state without talking about COVID -- where we've been, where we are and where we're headed," the governor told The Associated Press. "We recognize there's light at the end of the tunnel."

The virus, which has resulted in 600,000-plus cases in Michigan and contributed to the deaths of more than 15,300 residents in 10 months, continues to dominate Whitmer's attention. She will deliver a 30-minute address virtually from her office inside the Capitol rather than in person to protect the safety of hundreds of lawmakers and dignitaries who typically would gather in a packed House chamber. 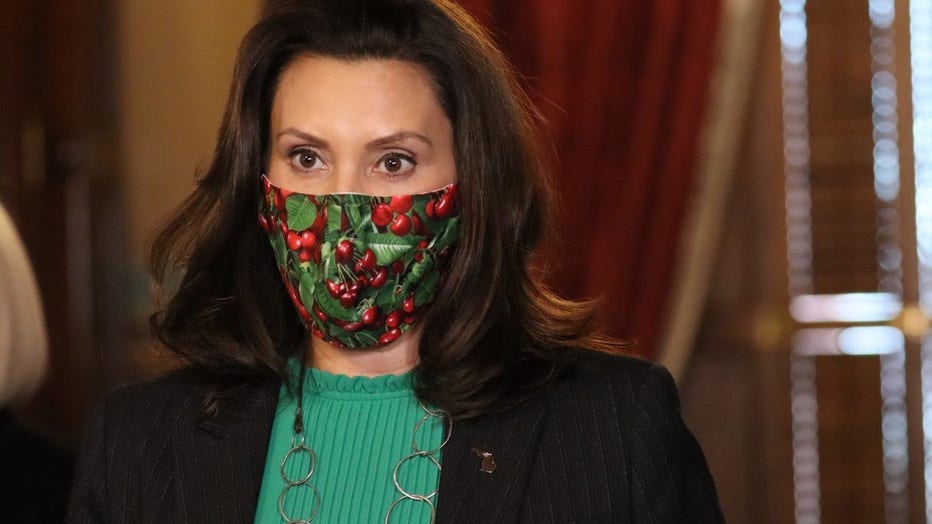 Though a majority of the public has backed her handling of the pandemic, she has faced GOP criticism, a lawsuit and protests -- egged on by then-President Donald Trump -- over restrictions such as a mask mandate and indoor restaurant dining ban. The governor said Michigan's current COVID-19 metrics are stronger than elsewhere because of the "pause" that reduced surging infections, but she wants to find bipartisan agreement with Republicans on pandemic funding for vaccinations, K-12 schools and businesses.

"All of those things I think are possible places for common ground," Whitmer said. "That's what I'm really hoping we can stake out this year. It's a non-election year. We've got serious issues to confront."

Whitmer's address will occur hours after one of six men accused of conspiring to kidnap her is due to appear in court for a possible plea deal. The FBI has said the anti-government extremists were upset over her coronavirus restrictions.

"We can't let every year become political, vitriolic ugliness that we saw pervade our politics of this past year," the governor said. "The people of our state want and need us to find common ground. I'm not staking out a wildly political agenda here. It is about the fundamentals."

Whitmer and legislators enacted several rounds of pandemic aid in 2020. Whitmer's latest proposal would spend $575 million in state funds along with billions in federal relief authorized before Trump left office.

The state funding would include $300 million to help K-12 schools offer face-to-face instruction and $225 million for three new economic-development programs, including grants to restaurants and other "placed-based" businesses hurt by the outbreak.

Republican legislators do not necessarily oppose such spending, having backed grants to workers and businesses as recently as December. But they want input on COVID-19 restrictions before authorizing additional aid and say the governor's approach has been unilateral and not bipartisan.

Whitmer said her administration this year will aggressively focus on economic growth and getting people back to work. She is asking the Legislature to renew "really important" tax incentives to support large-scale business expansions. The Good Jobs for Michigan program expired in 2019 after two years.

She also will use her speech to return to a pre-pandemic priority that she pledged to address while campaigning for governor: fixing the roads and other infrastructure. At last year's State of the State, she announced that Michigan would borrow $3.5 billion to rebuild the state's deteriorating highways and bridges over five years after her proposed 45-cents-a-gallon fuel tax hike was rejected. The bonding is not being used to repair local roads.

Michigan is one of few states with a restrictive local road-funding structure, according to the governor's office. Legislation that would have let counties seek voter approval of local gas taxes and registration fees died last term. It should be passed, Whitmer said, to help "locals move some dirt."