A 5-year veteran of the Detroit Police Department was shot and killed by a suspect wielding an assault rifle early Wednesday night. Police were initially called to the area of Joy and Marlowe Street after reports of someone firing randomly in the street. When police arrived, the suspect targeted the officers, hitting one of them. The downed police officer's partner returned fire, striking the suspect. Both would die of their injuries.

DETROIT (FOX 2) - The wife of the fallen Detroit cop who was killed in a shooting on the city's west side said he was "so much more than a police officer."

"He was an amazing dad, my best friend, and the man I married," Kristine Courts wrote of her husband Loren. "All the news articles talk about is a DPD officer. He was so much more to me and the kids. Our Batman!"

Loren Courts, who FOX 2 has confirmed is the officer that was shot and killed Wednesday night, was responding to reports of shots being fired in the area of Joy and Marlowe around 7:30 p.m. A suspect wielding a Draco assault rifle shot Loren, before his partner returned fire, striking the suspect.

The injured policeman succumbed to his injuries after being transported to Sinai Grace Hospital.

MORE: DPD Chief on police officer killed in shooting: 'We lost a hero'

In a social media post made early Thursday morning, his wife said she was broken. "I can't begin to imagine how we are going to live without him. My babies need him. I need him. I keep thinking I'm going to wake up from this nightmare and he's going to come home." 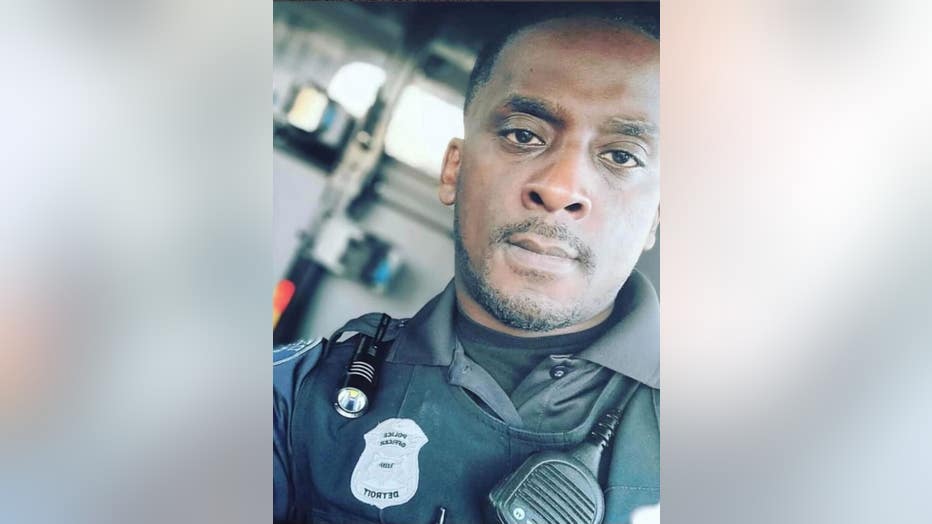 Wayne County Executive Warren Evans also posted online his condolences to the family of Courts. "Officer Courts is a second generation police officer and was a dedicated member of the DPD for five years. He leaves to cherish his memory two children. Wayne County sends our prayers."

Courts was a 5-year veteran of the police department and came from a family with a long line of experience in law enforcement. His father was also a Detroit police officer who recently retired.