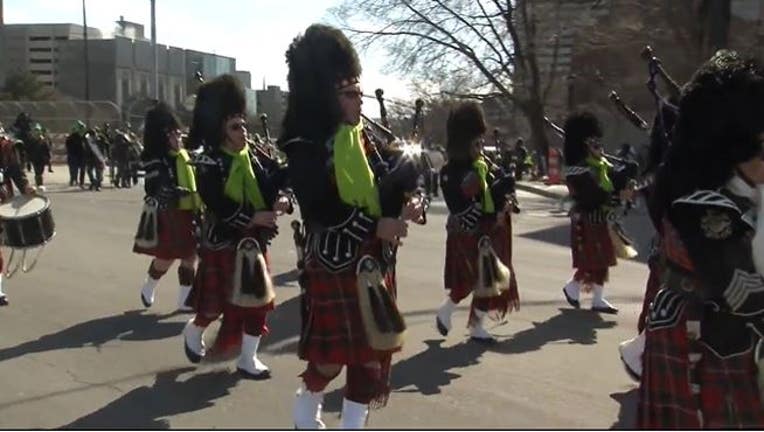 DETROIT (FOX 2) - For the first time in three years, the luck of the Irish appears to be smiling on Detroit as Irish pride makes a comeback. The Detroit St. Patrick's Parade will take place on Sunday, March 13, 2022 - the first St. Patrick's Day parade in the city since 2019.

The parade, sponsored by Ford Motor Company and Kitch Attorneys & Counselors, is hosted by United Irish Societies (UIS). It will start at 1 p.m. on March 13, four days before the holiday.

This will be the 62nd version of the parade and the first one since 2019. The 2020 parade was scheduled to take place just days after the first confirmed case of COVID-19 in Michigan. However, it was canceled in the early days of the pandemic.

In 2021, the city had planned to resume the parade but had to cancel it as well, due to climbing cases.

Now, in 2022, with vaccines and prescriptions for treatment all available, the parade is back!

"On behalf of the United Irish Societies, parade sponsors and participants, we’re thrilled to be back and know this year’s event will be better than ever with all of the positive momentum in Corktown for everyone who lives, works and spends time there," said Mike Kelly, UIS president.

What is the route of the Detroit St. Patrick's Parade?

The parade will start at 1 p.m. near the Irish Plaza on Sixth Street near Michigan Ave.

The parade typically attracts between 80,000 and 100,000 people, making it one of the largest St. Patrick's parades in the country.

"For 61 years, the St. Patrick’s Parade has brought together people of all cultures and nationalities in metro Detroit to celebrate Irish culture and make lasting memories," 2022 Grand Marshal Peggy Gray said. "I look forward to continuing that tradition this year. This parade is a great time to celebrate Corktown, Detroit, and the positive momentum in the Corktown area."

The parade also has a Family Fun Zone at the northeast corner of Michigan Ave and Sixth Street. Between 12:30 and 3:30 on the 13th, you can get live entertainment, bounce houses, access to food and private bathrooms. Tickets are $12 each or $60 for six tickets.

Find out more information about the Family Fun Zone on their website.