FOX 2 - A witness who saw a Flint police officer fatally shoot a 19-year-old woman who had fired a gun at him, says he had no choice.

Video shows a Flint police officer with his gun drawn, making verbal commands Briana Sykes, who Michigan State Police say drove up and shot at the officer.   The gunfire heard on video is from the officer, forced to shoot back as the armed woman ignored him. She was the only one in the car.

"I feel like the police was doing his job he had a life to protect, " said the witness. "Not only his, but we had a parade full of kids."

The officer was at a traffic enforcement point - at a Juneteenth parade in Flint Saturday.  Right now there is no known motivation why she opened fire in the first place.

After the officer shoots the woman, police tried to do first aid on her, but she died at the hospital. The officer crumbled, yelling no.

"I kind of feel like him dropping, it was the devastation of the whole situation," said the witness. 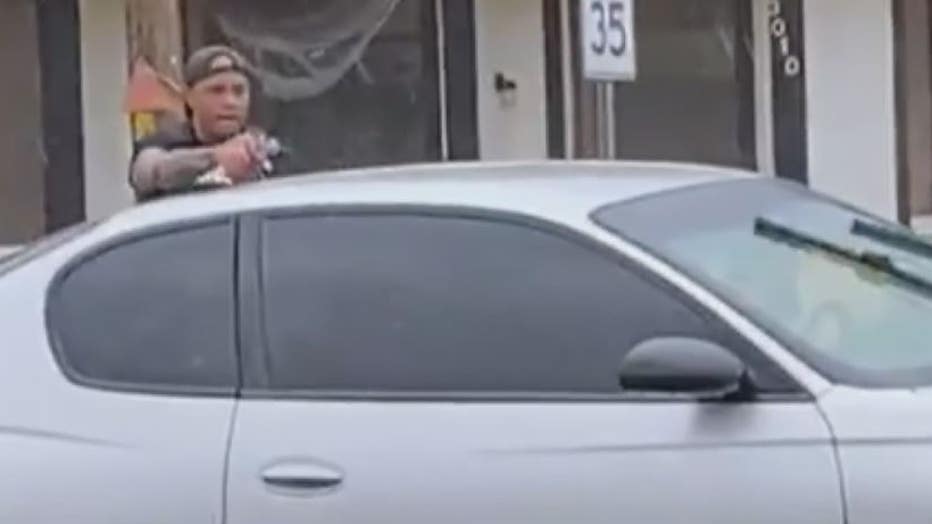 Still photo from cell phone video shot from one of the eye witnesses.

Michigan State Police are now investigating - but want to make it clear - according to other officers at the scene and witnesses, the woman shot first, and refused verbal commands before the officer fatally shot her.

The Flint woman, a witness we talked to by phone says - it is just sad all around. This was supposed to be a celebration.

"I've been here all my life," she said. "I'm not going to say I'm used to it. You just try and stay safe. You can be anywhere literally, so you can just be safe wherever you are at."