Alongside the superintendent of Detroit public schools and the the chief public health officer, Mayor Mike Duggan will provide details on the city's plan for providing the child-sized dose of the COVID-19 vaccine Friday.

At 10 a.m., Duggan will be joined by Detroit Public Schools Superintendent Dr. Nikolai Vitti and Chief Public Health Officer Denise Fair to outline measures to offer the child-size dose recently approved by the federal agencies. FOX 2 will stream the press conference live on FOX2Detroit.com and on YouTube.

Kids ages 5-11 remain among the last groups in the U.S. still without an option for protection from the virus that doesn't include preventative measures like masks and social distancing.

That all changed this week when panels from the Food and Drug Administration and the Centers for Disease Control and Prevention gave their unambiguous approval for the vaccine.

The child shot is about a third the dosage of the adult vaccines as kids don't require the same strength shot to receive the same kind of protection. It will also reduce the severity of side effects typical of receiving the vaccine.

Wixom 19-year-old dead after being hit by drunk driver

A 19-year-old Western Michigan student was killed after being hit by a suspected drunk driver Wednesday night. Metro Detroit native Bailey Broderick died crossing a street in Kalamazoo near campus according to a social media post by her high school, St. Catherine of Siena Academy in Wixom. 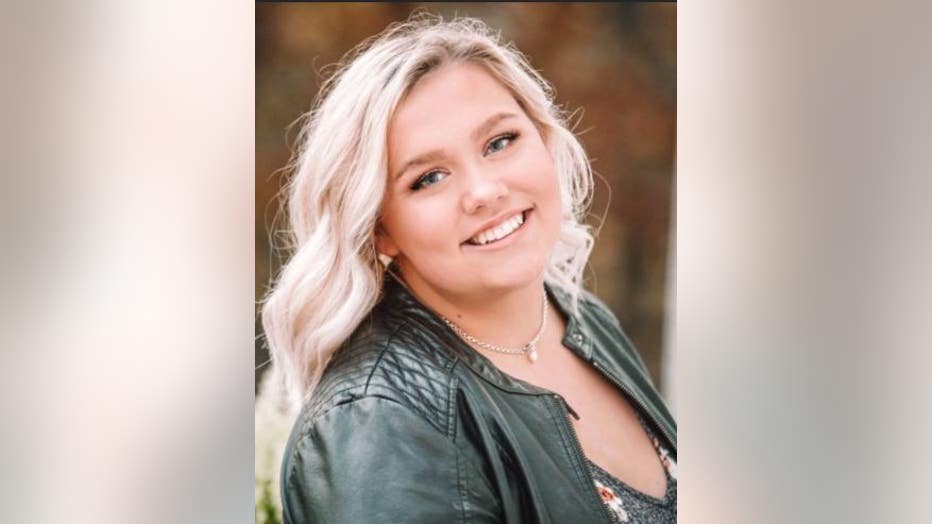 The 19-year-old man driving the car was arrested according to numerous reports and was suspected to have been under the influence. She died at a nearby hospital from her injuries.

"We are mourning the loss of our young STAR and ask for your prayers and special intentions for the Broderick family, and the entire SCA community," said the Facebook post.

"A distributor that we work with, they had a booming year last year because of the amount of wine, beer, and spirits that were sold," said Kristen Bye, with MAWBY Sparkling Wine. While sales and profits are increasing, that's not a good thing for the medical community.

Dr. Mohamad Rasm Al Sibae the medical director of Liver Transplant at Beaumont Health said more people are suffering from inflamed livers. "We have seen almost 30% uptick this year compared to the last year," he said.

More people are suffering from acute alcoholic hepatitis due to increased drinking habits during the COVID-19 pandemic.

A University of Michigan study found an association between COVID-19 and new waiting list registrations, as well as liver transplantation for alcoholic hepatitis in the U.S. Doctors believe that several factors have caused an increase in drinking, including the inability to leave home and a lack of social engagement. They voiced concerns about how much alcohol is too much. "More than 14 drinks for females, 20 drinks a week for males is considered to be excessive," Al Sibae said.

Major I-75 traffic closure this weekend

Drivers on I-75 should prepare for a traffic headache this weekend as the state shuts down a solid chunk of I-75. According to MDOT, southbound I-75 is closing completely between Square Lake and Eight Mile. The northbound closure will span a smaller stretch -- from Eight Mile up to Fourteen Mile.

Crews need to close the freeway to demolish the Stephenson Highway bridge, restore southbound traffic to its normal path at Thirteen Mile, and finish paving on northbound I-75.

On Nov. 5, 2020, Shane Lamar Evans and Timothy Eugene Moore were arrested in connection with the murder of Egypt Covington. The next month, Shandon Ray Groom was taken into custody.

The three men are accused of killing Covington in her Van Buren Township home on June 27. Covington, a 27-year-old singer, had been shot and bound with Christmas lights.

All three men have been charged with murder and were ordered to trial in March after court testimony revealed that the murder happened during an apparently botched home invasion.

A final conference hearing has been getting pushed back since June. It is now scheduled for 9 a.m. Nov. 17 in front of Third Judicial Circuit Court Judge Wanda Evans. Read up on the full case here.

A warm-up is beginning as Metro Detroit can expect to see temperatures in the 50s and 60s today and this weekend. It'll also extend into next week.

In the fight to curb climate change, several major coal-using nations announced steps Thursday to wean themselves — at times slowly — off of the heavily polluting fossil fuel.

The pledges to phase out coal come on top of other promises made at the U.N. climate summit in Glasgow, Scotland, that the head of an international energy organization said trimmed several tenths of a degree from projections of future warming. But outside experts called that "optimistic."

Optimism also abounded in relation to the promises on coal, which has the dirtiest carbon footprint of the major fuels and is a significant source of planet-warming emissions.

"Today, I think we can say that the end of coal is in sight," said Alok Sharma, who is chairing the conference of nearly 200 nations, known as COP26.

Critics say that vision is still obscured by a lot of smoke because several major economies still have yet to set a date for ending their dependence on the fuel, including the United States, China, India and Japan — which was targeted outside the summit venue Thursday by protesters clad as animated characters.