She’s wanted for beating up a cashier at the Meijer on Marketplace Circle in Rochester Hills - set off over using the wrong check-out line.

ROCHESTER HILLS, Mich. (FOX 2) - Police are looking for a woman who attacked a Meijer self-checkout cashier in Rochester Hills.

According to the Oakland County Sheriff's Office, the 55-year-old cashier at the Meijer on Market Place Circle told the suspect she had too many items for self-checkout just before 6 p.m. Aug. 1. The woman, who had two younger females with her, told the cashier one order was her daughter's.

After the encounter, the cashier took her break and went to the bathroom. While in the stall, she heard talking and looked out to see the suspect. According to authorities, the suspect kicked in the locked stall door, hitting the cashier in the head, then left the bathroom.

When the cashier exited the bathroom, she was confronted by the woman. Authorities said she grabbed the cashier by her hair and threw her on the ground.  A tuft of the cashier's hair was found near when she had been on the ground. The suspect then punched her multiple times before leaving.

The cashier declined treatment after the assault.

Read Next: Police use phone location pings to track down bank robbery suspect

The suspect and the two females with her drove away in a late model green Chevrolet Traverse. 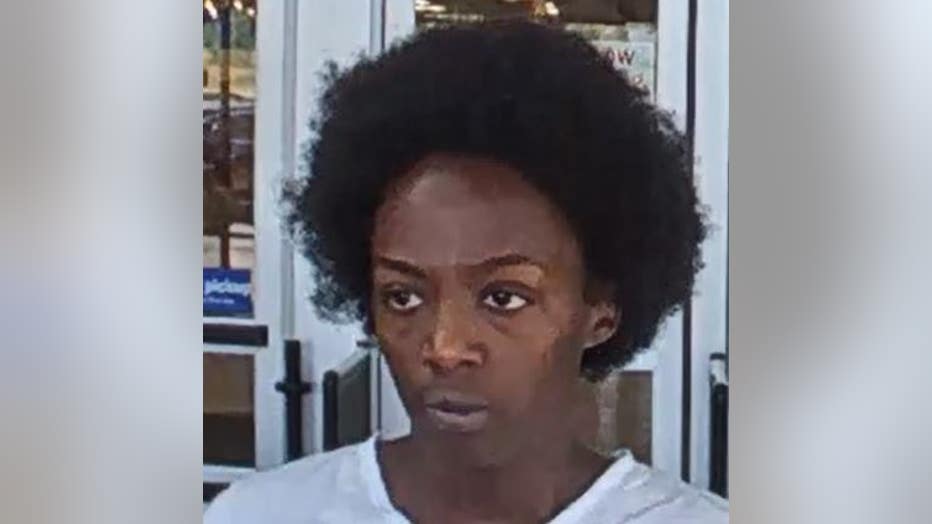 Authorities are still looking for the suspect, and a $1,000 reward is being offered for information. Submit tips to Crime Stoppers at 1-800-SPEAK UP.