DETROIT (FOX 2) - The woman thought to be behind a gruesome death threat sent to election official Monica Palmer about her teen daughter has been arrested and charged.

Producer warning: Some photos used in this report although blurred, are graphic and may be upsetting to some viewers.

Palmer, a Republican and the chair of the Wayne County Board of Canvassers, received pictures of a bloody, deceased, nude, mutilated woman lying on the ground Nov. 8. It had a caption, "I don't tolerate people like you, in fact, I consider you to be a terrorist and you know what happens to terrorists Monica."

WARNING: Photos in this report are graphic. Investigators say Kaitlyn Jones who is from Michigan, was behind the threat but was arrested in New Hampshire.

Investigators say, Kaitlyn Jones who is from Michigan, was behind the threat but was arrested in New Hampshire.

"Today we are announcing the filing of federal felony charges against Kaitlyn Jones said Matthew Schneider, US Attorney Eastern District of Michigan.

Schneider announced that a criminal complaint was filed on Wednesday against Jones. Apparently, the horrifying pictures were sent the day after Palmer voted not to certify the results in November's election for Democrat Joe Biden. 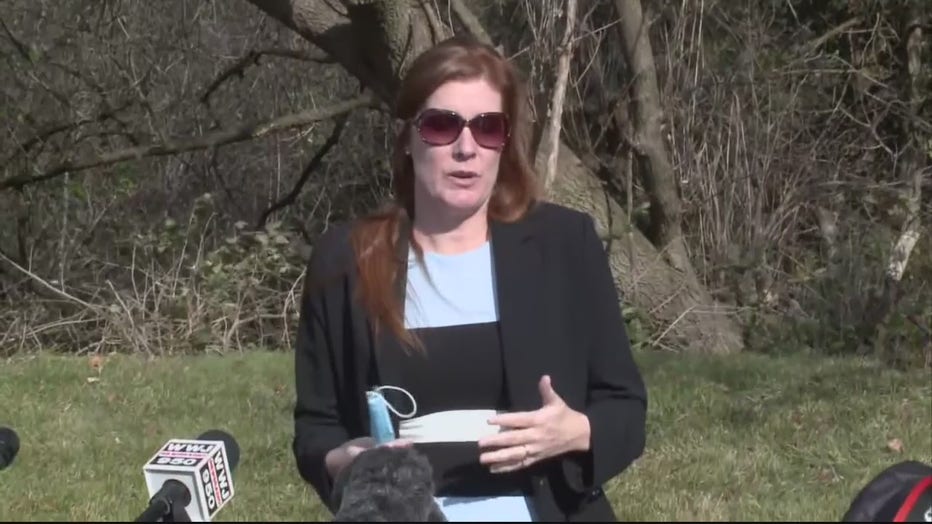 "Our investigation and prosecution has nothing to do with Miss Palmer's vote," Schneider said.

The prosecution has to do with what Jones allegedly did following the vote, all allegedly because of political disagreements.

"For the sake of our state, for our country, it's time for this to stop," Schnieder said.