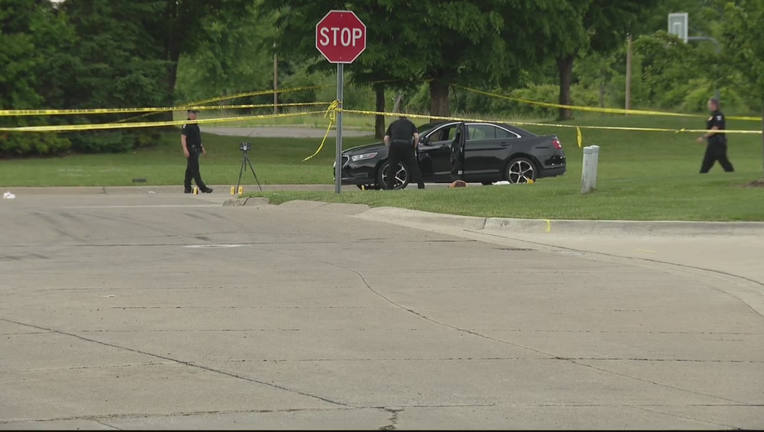 CANTON, Mich. (FOX 2) - Two people are in custody in connection with a fatal shooting in Canton Township last month.

Maria Phillips, 33, was arrested June 16 and charged with accessory after the fact to a felony in connection with the June 10 shooting. She is being held in the Wayne County Jail on a $500,000 cash bond.

A second suspect was arrested in Illinois for a homicide warrant related to the shooting. They are awaiting extradition back to Michigan.

Police said the victim, a 37-year-old Belleville man was shot multiple times on Haggerty Road between Palmer and Michigan Avenue. The shooting may be related to a traffic altercation, according to police.

The victim died at a hospital.

Man shot and killed during a traffic altercation in Canton

On Friday, a 37-year-old Belleville man was shot and killed during a traffic altercation in Canton.