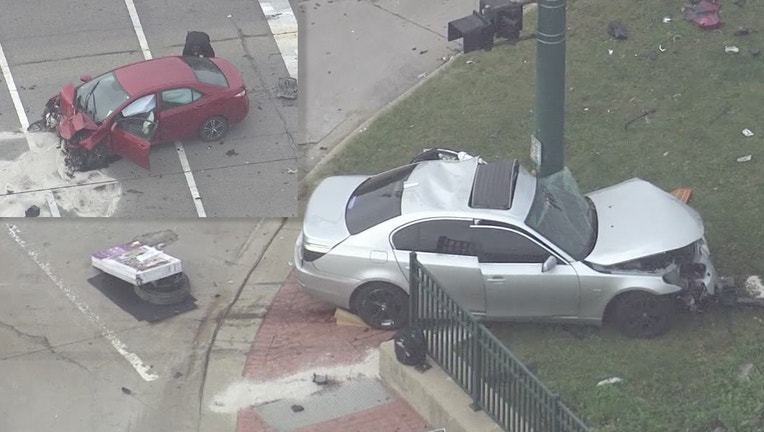 CANTON, Mich. (FOX 2) - A woman died Monday morning in a crash in Canton.

According to police, a BMW traveling west on Ford collided with a Toyota at the intersection at Canton Center Road just before 8 a.m. The BMW then hit a traffic light pole.

Police said an investigation is underway. They do not believe drugs or alcohol were factors in the crash.