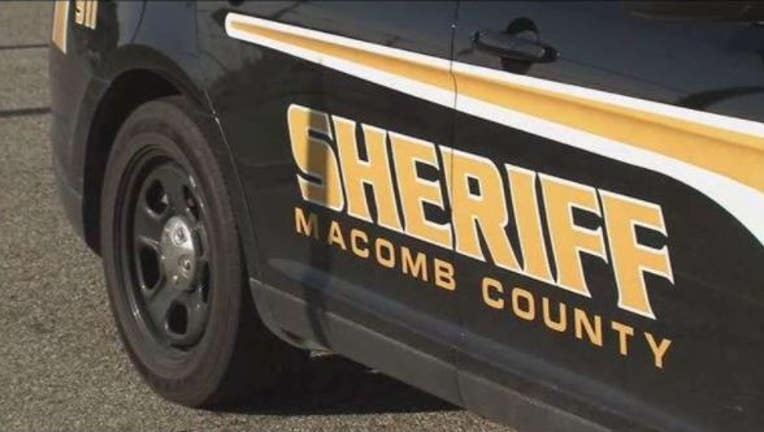 Macomb County Sheriff's deputies were called to a home on North Avenue between 28 and 29 Mile around 9:30 p.m. by someone who said a man was shooting at the home. The caller said children were inside the house.

When deputies arrived, a 46-year-old Washington Township man who deputies believed was the shooter was standing outside a vehicle.

The man was yelling that his wife had been shot. A gun was on the ground outside the vehicle, authorities said.

Deputies arrested the man, and found a 49-year-old Washington Township woman dead inside the vehicle.

Another man then came out of the house yelling, but deputies had a difficult time communicating with him due to a language barrier. Deputies learned that a second shooter may be inside.

Deputies got three additional adults and two children from the home. None of them were hurt. The witnesses told deputies two other people were still inside – a man who had been shot in the leg, and his fiancé, who was providing aid to him.

Authorities said the deputies believed the man may be the second shooter, so the Macomb County SWAT team arrived and entered the home.

There was no active shooter, but SWAT members did find the injured 36-year-old Ray Township man. A second weapon was found near where he was located, authorities said.

The man was taken to a hospital and later arrested.

Deputies said they learned that the man who was outside and the man with the leg injury had shot at each other during an argument. They remain in custody.

Investigators are still determining a motive.