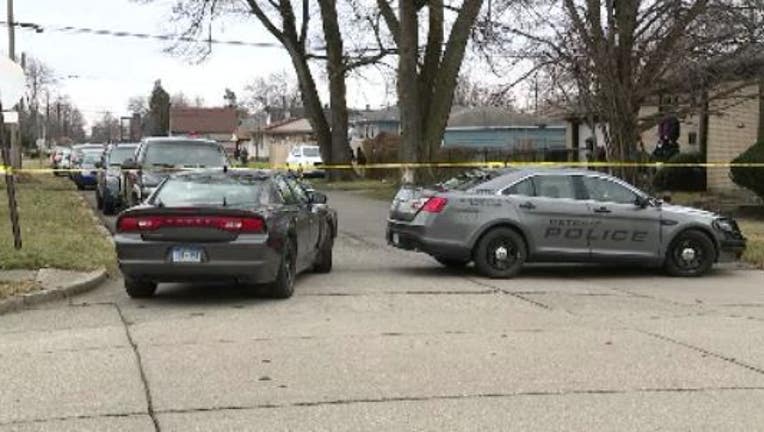 Detroit Police said a 40-year-old woman was shot and killed Tuesday afternoon and a 10-year-old boy was injured on the city's southwest side.

DETROIT (FOX 2) - Detroit Police said a woman was shot and killed and a 10-year-old was seriously injured after being shot in both legs Tuesday afternoon in southwest Detroit.

Police said a 44-year-old woman was shot and killed Tuesday afternoon at the intersection of Ethel and Downing. A 10-year-old was also shot in both legs and was hospitalized with serious injuries.

Detroit Police are searching for four Black men wanted in the shooting death of a woman as she was driving in southwest Detroit Tuesday afternoon.

According to the woman's brother, she was visiting from Ohio for a family member's birthday and was driving with her son when she and her car were shot up.

According to police, they're searching for four Black men who drove away in a Chrysler 300 with a partial plate of 413.

FOX 2 crews on the scene said a dark SUV had multiple gunshots in it.

The victim's brother, Shon Jackson, said his sister was visiting from Ohio and was on the phone with them when the gunshots were fired.

His sister, who they called Kiki, died at the scene as the men responsible sped away.

Police said the men drove off in the Chrysler but witnesses were able to make out a partial plate of 413.

The nature of what led to the shooting is not known at this time.

The woman's son has been stabilized at the hospital and is being treated for his injuries.

Check back to this story for more updates as information is available.