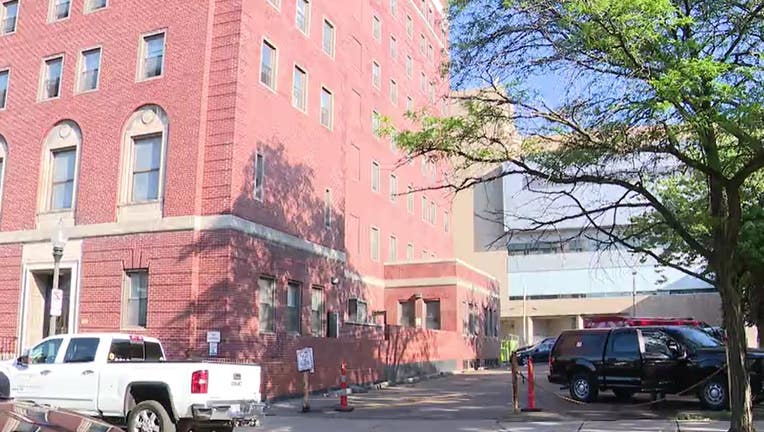 DETROIT (FOX 2) - A woman died Wednesday morning in a fire in Detroit's Midtown.

Crews were called to an eight-story apartment building in the 100 block of Parsons around 4:20 a.m. for a fire in a fifth floor unit.

The victim was declared dead at the scene. Her husband, who is in his 70s, was taken to a hospital for smoke inhalation. His condition is unknown.

Officials said the fire stayed contained to one apartment.