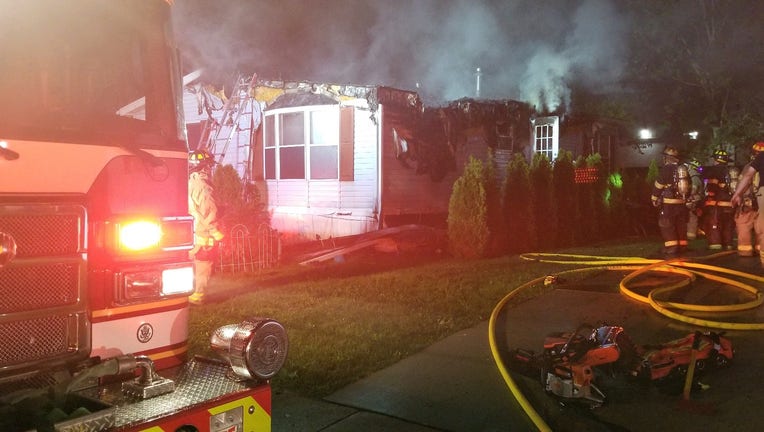 Firefighters put out a fire on Bobolink Street in Rochester Hills on Monday, Aug. 9, 2021.

ROCHESTER HILLS, Mich. (FOX 2) - The Rochester Hills Fire Department said crews did everything possible to save a woman from a house fire early Monday morning - including crawling through the burning home.

When they arrived, the fire had already burned most of the house but crews saw cars were in the driveway and believed someone was home. They quickly entered to search for victims and found black smoke from the ceiling to the floor.

Firefighters then crawled through the home and found a woman inside. They quickly pulled her out and took her to a paramedic team for treatment. The woman was no breathing and did not have a pulse. She was taken to the hospital but did not survive the fire.

Firefighters continued fighting the fire and were able to get it under control in about 40 minutes. However, the roof collapsed in one section of the home and there is extensive fire and smoke damage.

No firefighters were hurt in the crash.

The cause of the fire is under investigation, by the RHFD Fire Marshal working with the Oakland County Sheriff’s office.