Karen Ellis says she was sexually assaulted by a Detroit Medical Center employee last July. She was resting in her bed recovering from two procedures when the hospital worker - who was delivering her dinner - sexually assaulted her.

DETROIT (FOX 2) - Karen Ellis says she was sexually assaulted by a Detroit Medical Center employee last July. She was resting in her bed recovering from two procedures when the hospital worker - who was delivering her dinner - sexually assaulted her.

"It was horrible, just a horrible experience," said Ellis. "He said the same thing, 'You are a nice looking lady, can I touch your body?' I was like what do you mean? No get away from me - so weak I couldn't holler, scream, kick or anything."

Instead of leaving, Ellis said the employee, who we are not naming until he is criminally charged, shut the privacy curtains and began fondling her breasts.

"He said, 'It's okay, I am not going to hurt you, I just want to touch you, I just want to see your body,'" she recalled. "I was like, no. I was laying on my left side  He went on to the right side and he removed my gown and started fondling with my private area, and my behind, and my breasts."

Because of the medication, Karen was weak, barely conscious, but she says she mustered up the strength to report what happened to a nurse's aid, who responded "I don't have anything to do with this."

Karen's nurse eventually helped her report it to the supervisor, who called the police. Ellis was transferred to another room - and claims the food service employee came back and tried to say she was crazy.

And so do the police. We're told detectives with Detroit police sex crimes have investigated the claims, handing over the case and a warrant request to the Wayne County Prosecutor's Office.

In the meantime, the suspect has been fired from Detroit Medical Center.

"I am sure this wasn't the first time this guy tried it," said attorney Dionne Webster Cox. "And maybe there are other individuals out there who are afraid to come forward. We are saying no, come forward." 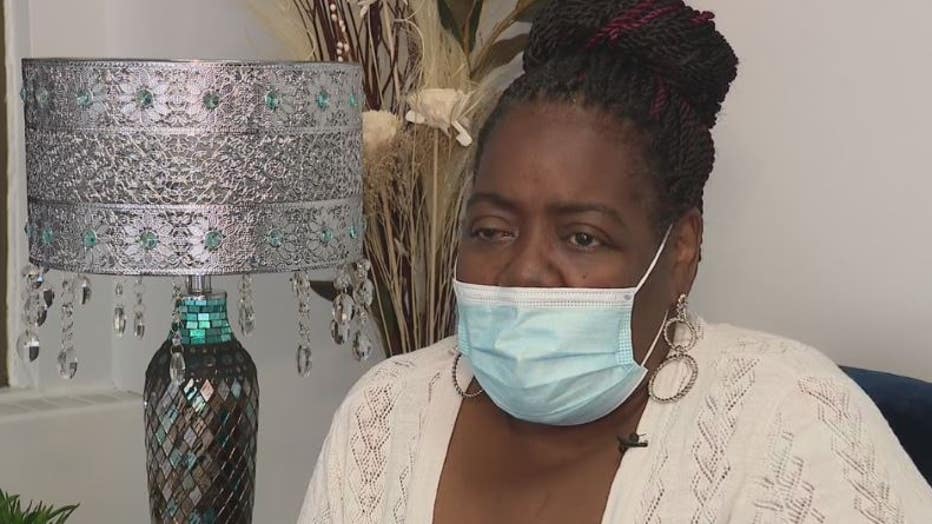 A spokesperson for DMC says "any allegation of this nature is treated with utmost seriousness and immediately reported to law enforcement" and the health system has cooperated fully with the investigation.

"Him being fired is fine, but we need to set an example - this sort of behavior is not tolerated," said Cox.

"I just want him off the street so this doesn't happen to anyone else," Ellis said.